The Coastal Tea-tree is an Australian native which had an original range around the south east of the country but has since been introduced successfully to a much broader span of coastal Australia and internationally. In south east Queensland for example it has been suggested that it has been introduced there during reafforestation after sand mining.
It can grow as a shrub to small tree to around 8 metres high. It flowers from late winter through to mid spring, and flowering is often heavy with the bushes being covered in the white flowers which are attractive to insects. 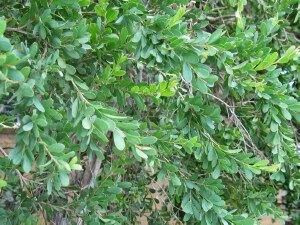 Leaves are broad, oval and blunt-tipped, to 3 cm long, stiff and flat. 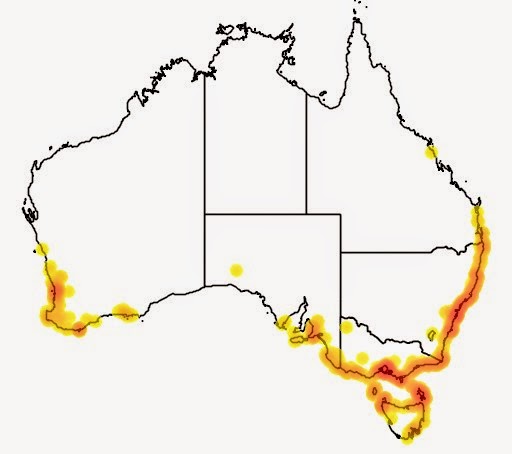 There are a number of climate zones in this large area so it is a pretty adaptable plant. 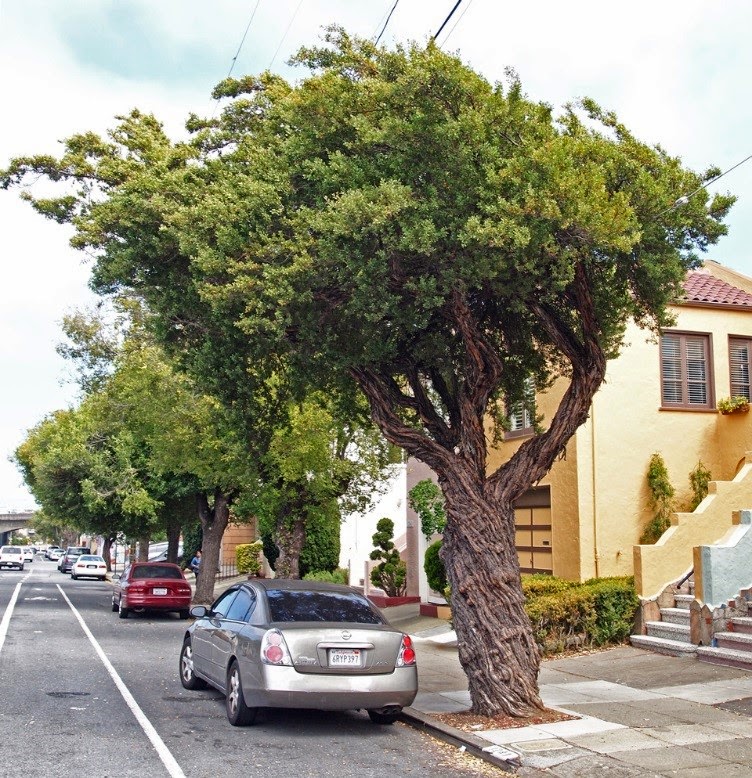 Stems are fissured and the bark flakes in thin pale strips.  This picture is from California; look at that trunk. 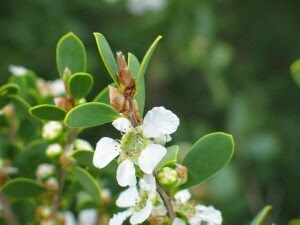 Flowers are white and about 20 mm diameter. The flower-cup (calyx) is hairless. Fruit are non-woody and flat-topped capsules with 6-11 cells, perhaps 6 to 7mm across. 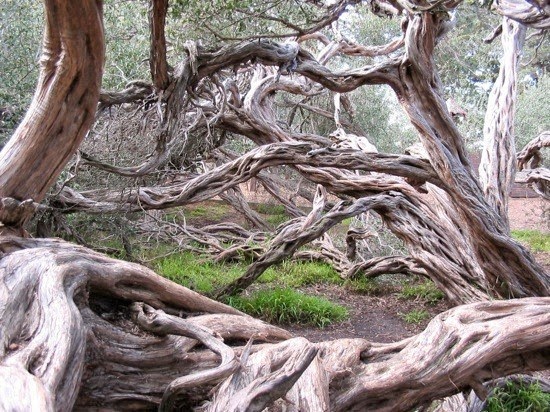 This picture shows again the nature of the trunk development in a completely natural setting. To replicate this in a mature bonsai would dramatic. The species is commonly used for bonsai. Here are some examples: 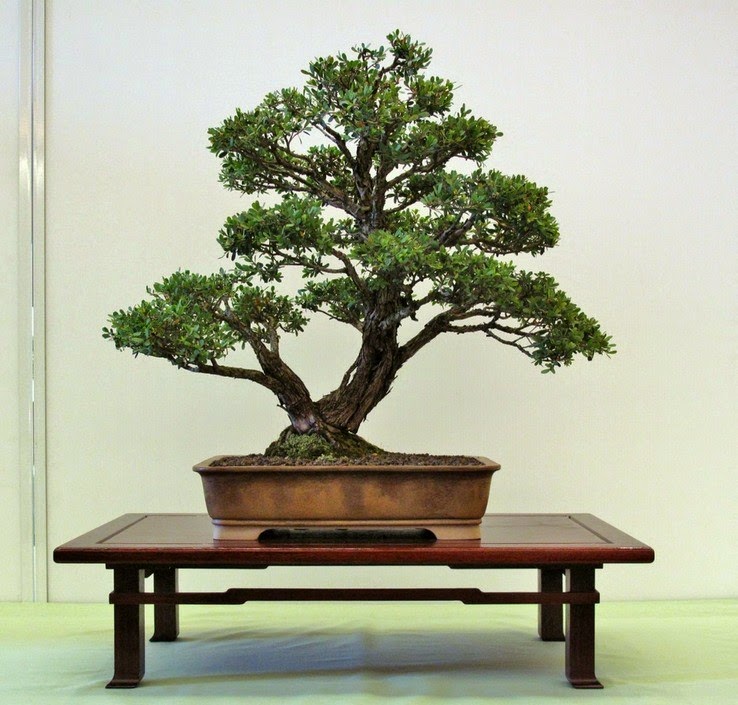 This one was at the IBC Gold Coast conference last year. It just happens to be in one of my pots which works very well I think. 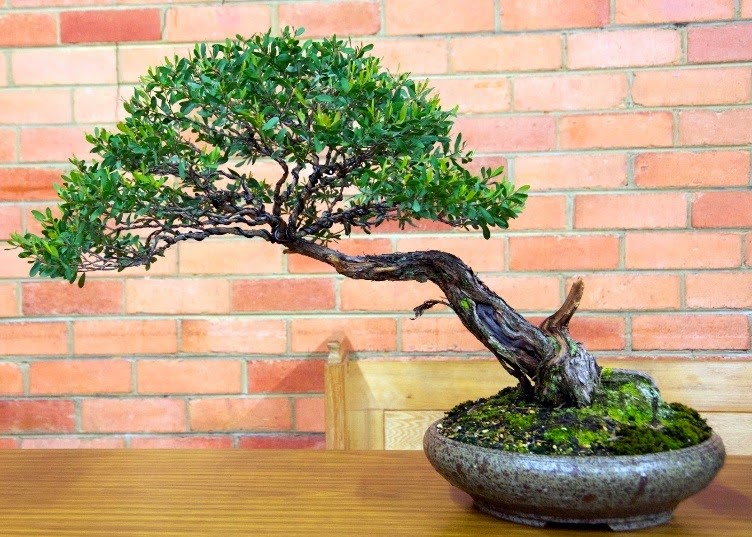 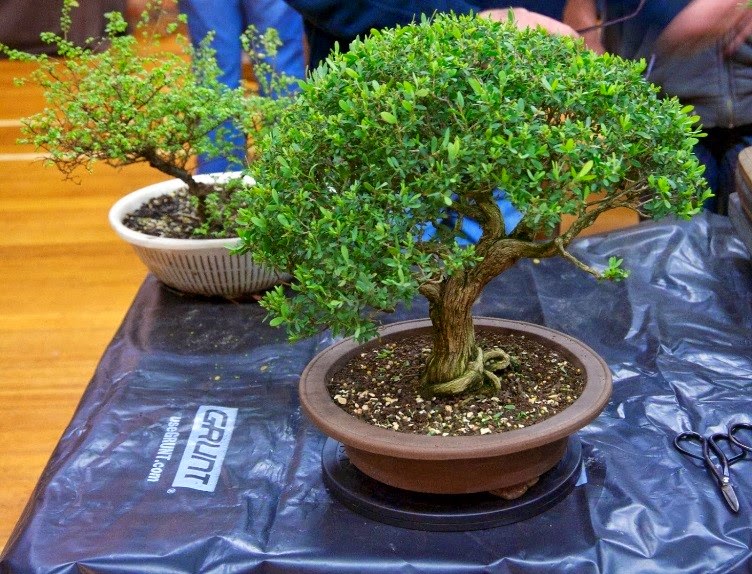 This picture shows the nice tight canopy that is possible when grown as a bonsai.

The Coastal Tea Tree will be a feature tree for demonstration at the Victorian Native Bonsai Symposium in Melbourne in April. If anyone is going bring back a bundle!

There are about 83 species of Tea-tree in Australia and 17 species in Victoria or is that Leptospermums because the name Tea-tree is also used for some Melaleucas; quite confusing.
Many grow in wet conditions but there are just as many that don't.  Many have similar and smaller leaf shape and size and similar flower so the trick is to find those species suitable to the climate zone, there will always be quite a few. The species has been widely used for hybridisation and garden use with a wide variety of foliage and flower colours and leaf shapes available in many garden centres. Finding the straight un-hybridised species, best suited to a climate zone can be challenging and laevigatum is generally available only in native plant and community nurseries.

Anyone interested in investing more time in growing Australian natives as bonsai should look closely at this one, an essential for any native collection.

Posted by Stephen Cullum at 16:51 No comments:

Thank you for your interest in the ongoing progression of the work done on this tree. 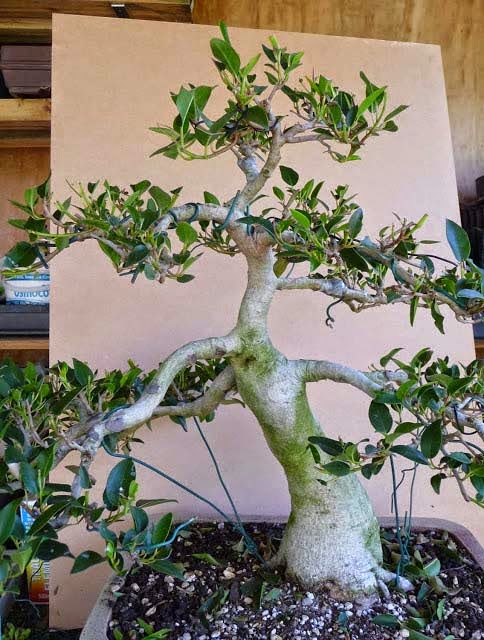 To get started this is what it looked like back in November 2013 in Post 132.
The work was motivated buy the 'gaps' in the middle section of the tree. These could have been disguised by branch placement but it would always have been a coverup of a flaw that needed to be fixed.

Today's post offers a current picture of the tree. 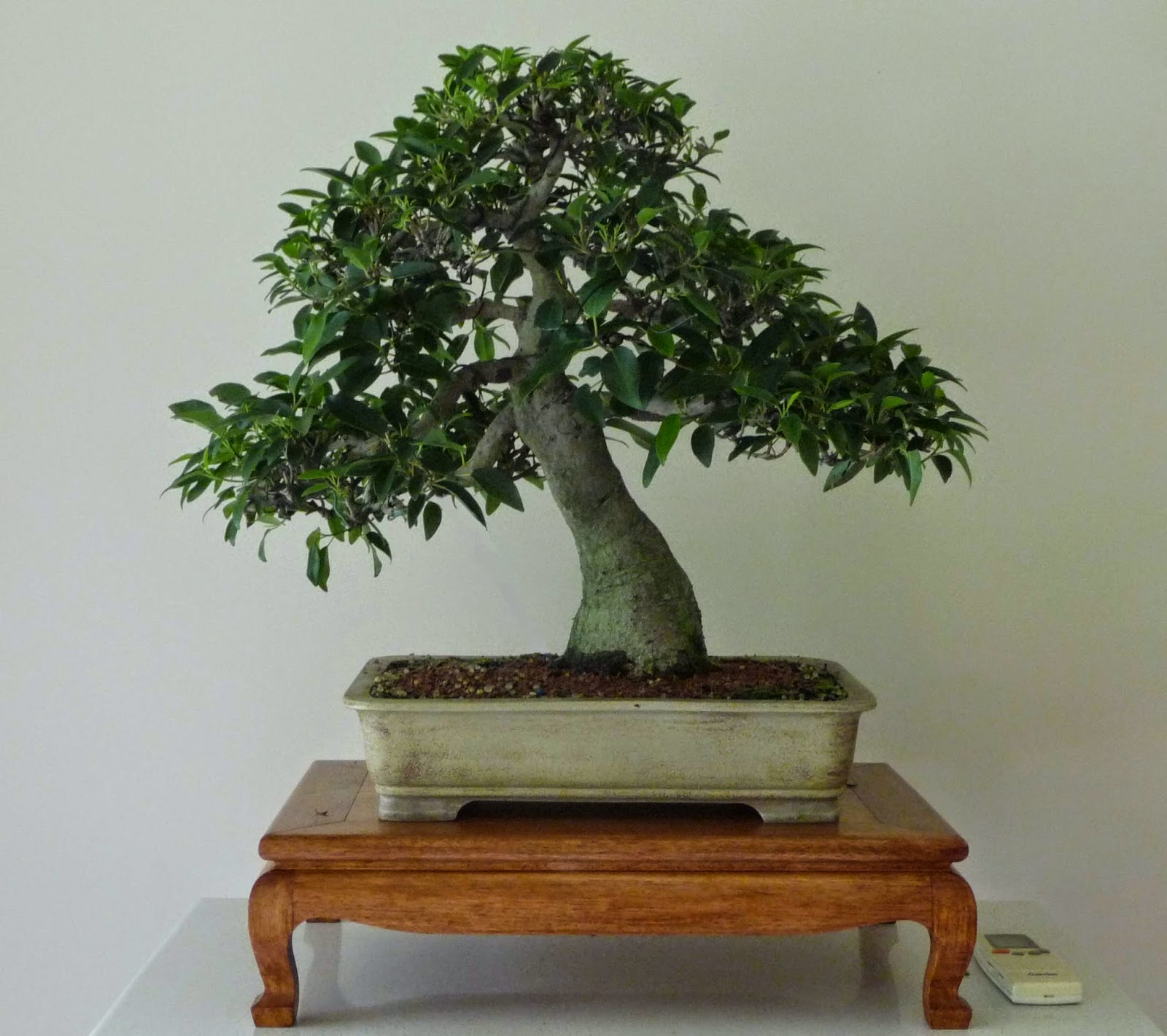 At this point, now 17 months after starting the grafted branches are making a great contribution to the overall composition and canopy. Further rounding out of the canopy and I will be very happy with the tree.
There were other updates that you might like to have a look at from March 2014 and July 2014.
Posted by Stephen Cullum at 11:43 2 comments:

The remaining pots from my recent firings are much more modest in size than the recent commission pots. 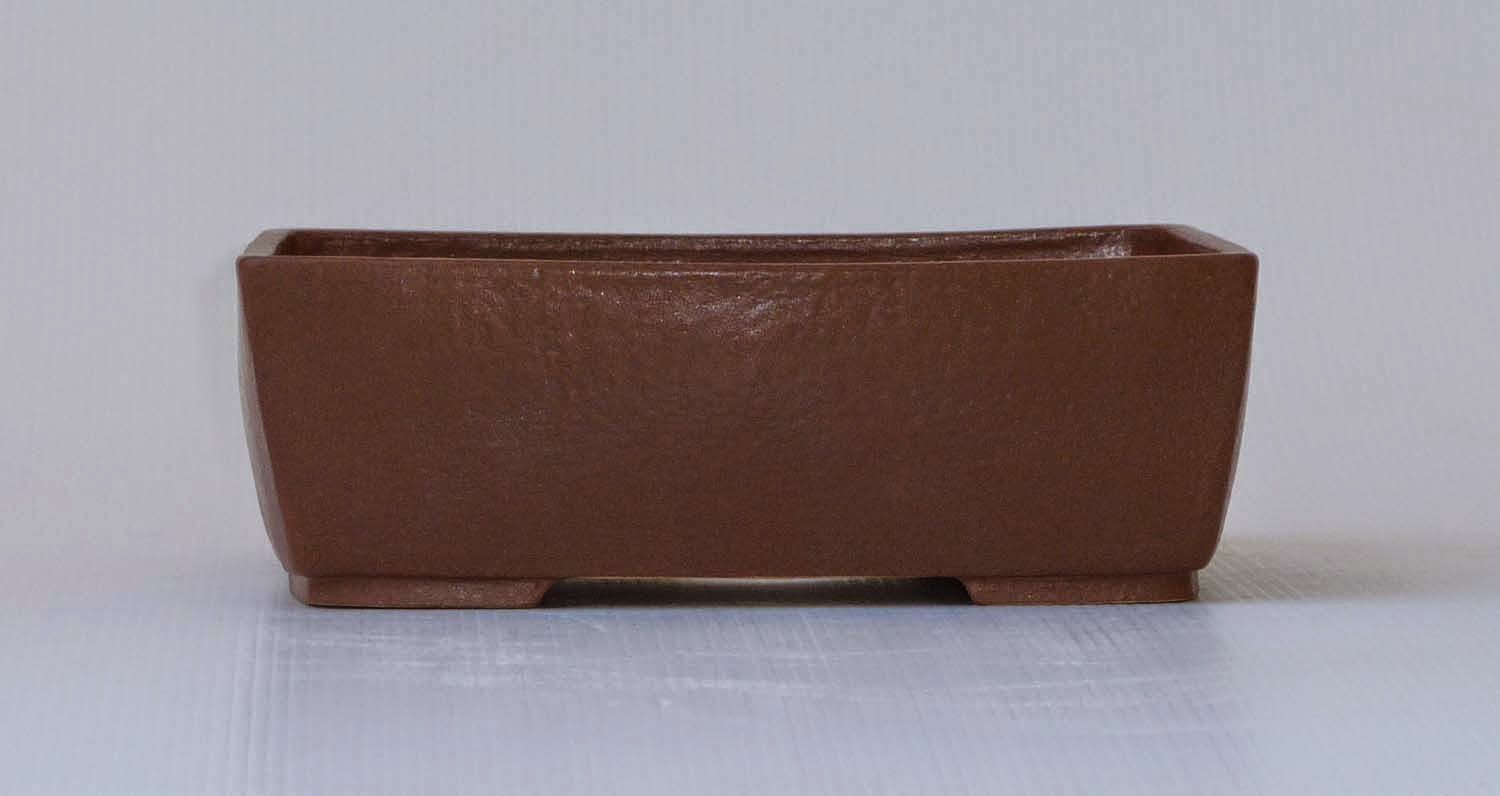 In this series of 4 pots, Nos 129 to 132, I was trialling a number of my brown glaze formulations that I have not used on pots previously. pot 129 and 130 are as you can see from the dimensions rectangular but only just so. These will be good for a couple of heavy trunked trees I have that need the extra space in the pot width. Note that the feet are glazed in these pots, adding to the 'unglazed pot' simulation. They are a simple unfussy design that will showcase the tree as the point of focus. 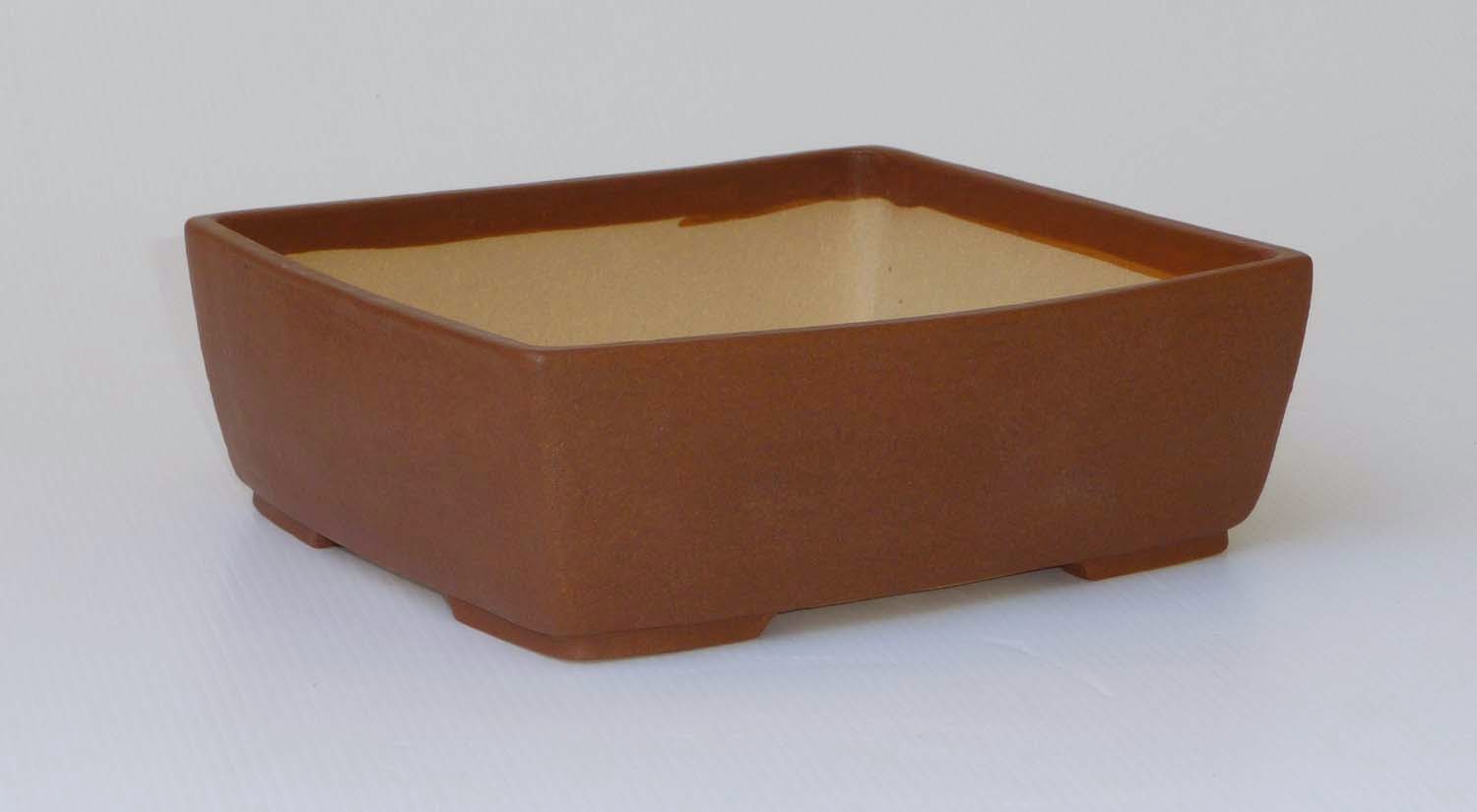 Pot No 129 again, in pictorial view

Ahh the vagaries of digital protography - you wouldn't think they were the same pot but they are.

Pots 131 and 132 are more rectangular and shallow. 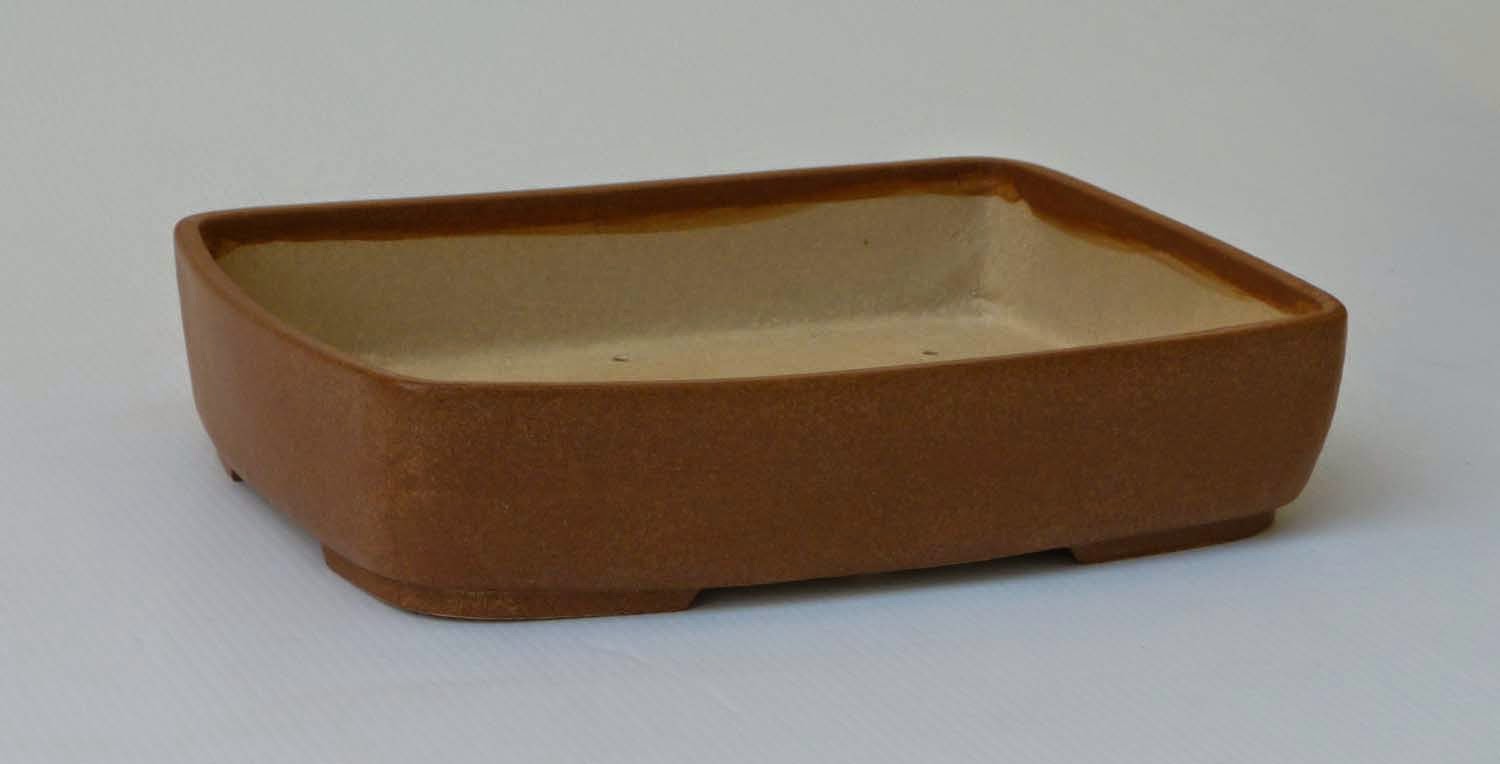