It seems like along time since I posted any new pots on the blog. Ok well it is a long time; things have just got in the way.
But I have been working away in the background making pots and then all it takes is a couple of commissions to give me the incentive to fire up the blast furnace, as a friend calls it.

So this is the result of the latest, just finished bisque firing; 13 pots and 4 tanuki. The pots range from 500mm long ovals down to shohin. You'll see on the table there are a couple of round pots as well as sharp cornered rectangular pot.
I've also this time ventured out and made a hexagonal cascade/semi cascade pot. This was inspired by an old chinese one I saw in Japan. That one had a relief design on it of flying swans; no doubt some form of divine significance. I still have ambitions to replicate the design including the relief but that will take a little more preparation. I'm thinking of glazing this one in a glaze called Sankey's Red, or perhaps just a good heavy red brown; hmmmmmm.

Ah yes more tanuki. I really will have to stop making them; soon. The larger one has two cavities for trees/veins around a hollow trunk and the three smaller ones are for shohin and mame bonsai. 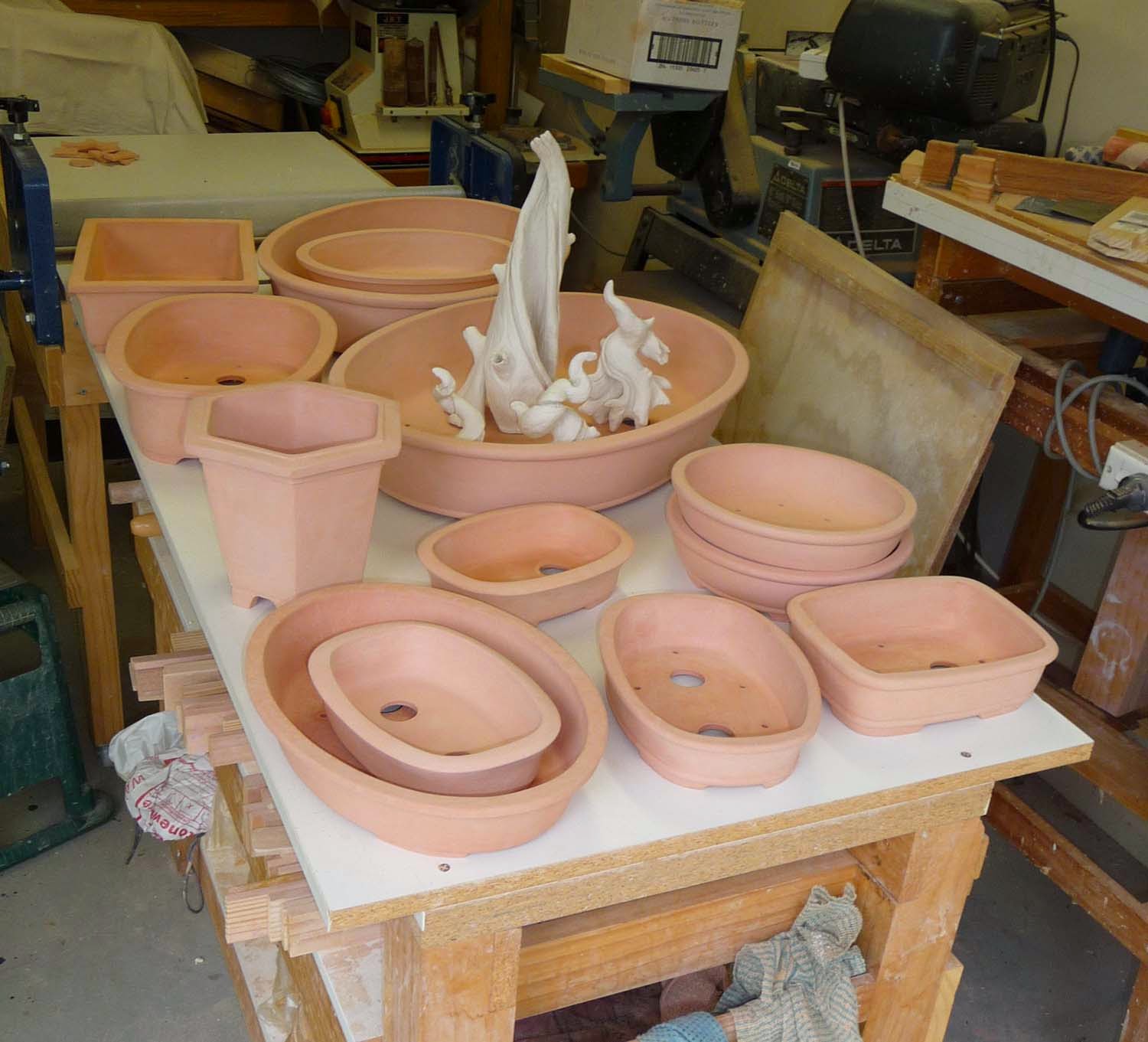 There are a couple of glaze firings in this lot as there's no close stacking in a glaze firing. So I will have to get busy. The other really good news is that in all the pieces there is not one crack. The change in clay body was the best thing I did. 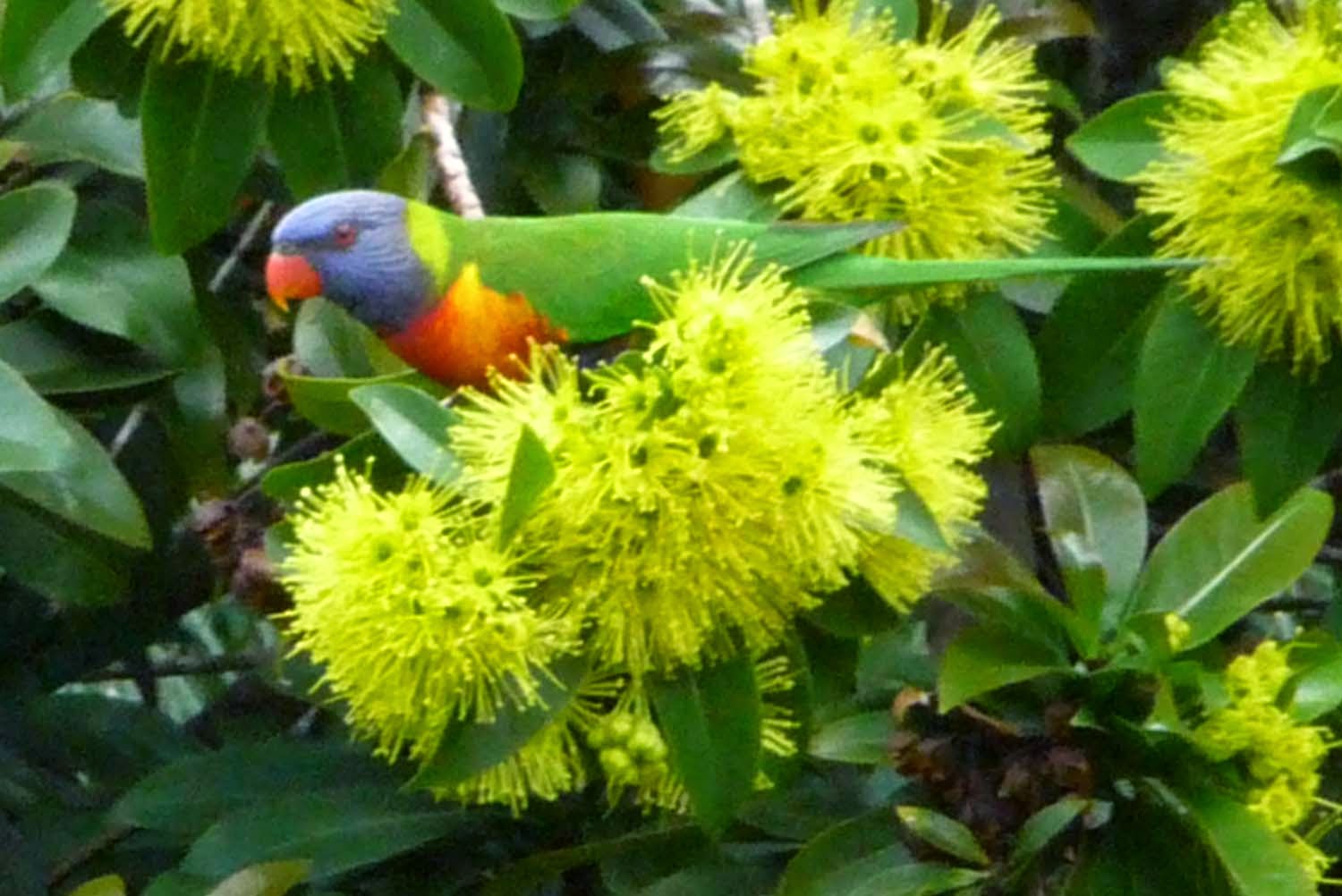 An just to finish up our Golden Penda flowers in Autumn. All around town they are looking great and providing a great meal for the birds and flying foxes. We have the rainbow lorikeets in our garden pretty much every day, all year 'round. A little wild bird seed and water makes them our best friends. But they still prefer wild food if they can get it and the Penda is a firm favourite for nectar.

Posted by Stephen Cullum at 08:31 No comments:

The Redlands Bonsai Society have just had their mid year show of Australian native trees as bonsai. The exhibition was held at the Indigiscapes Centre in Capalaba.

There was a good variety of trees in a small showing of 35 trees. I had three trees and 6 pots in the show. 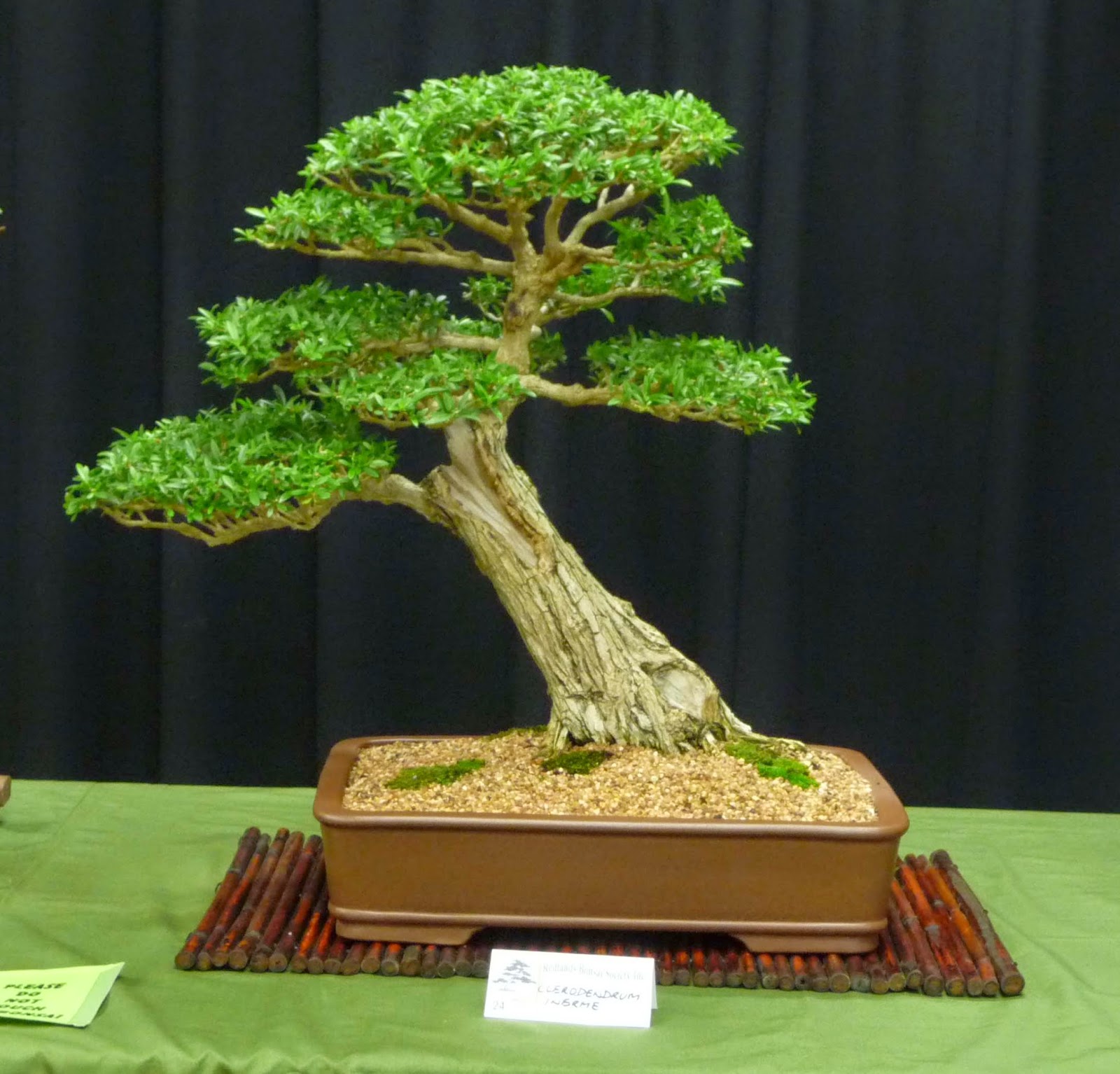 This was the public choice winner a Clerodendrum. 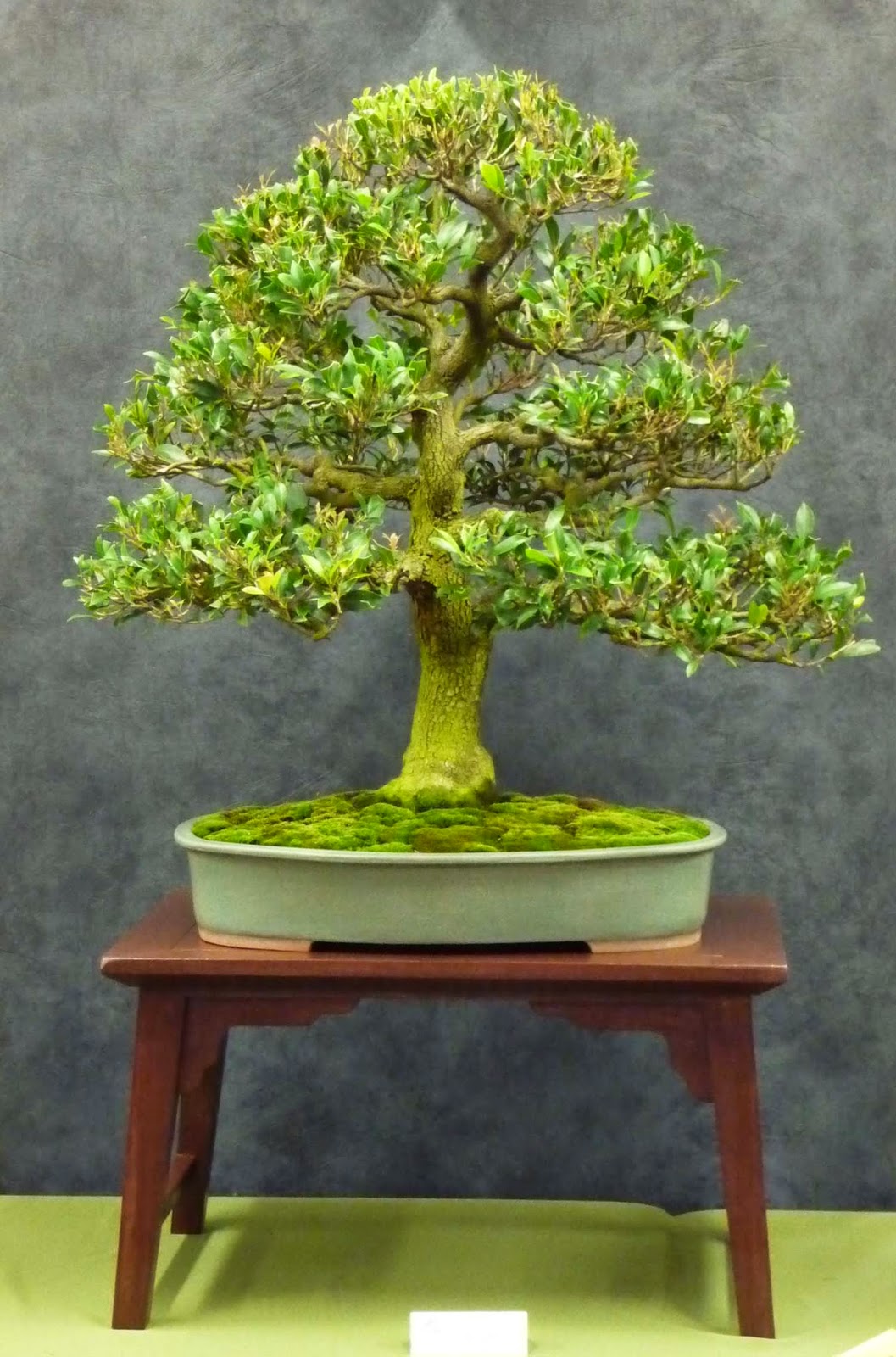 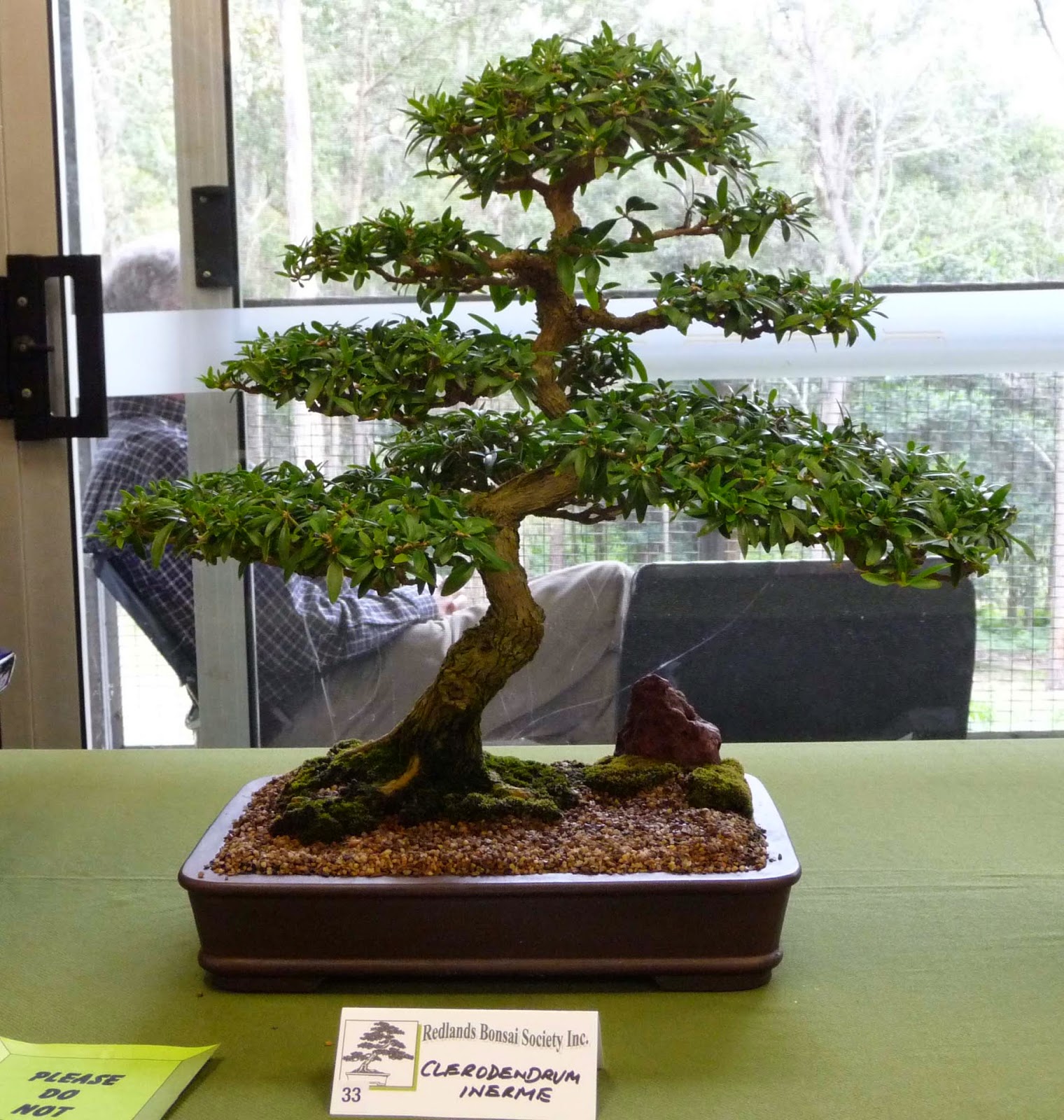 And third another Clerodendrum. 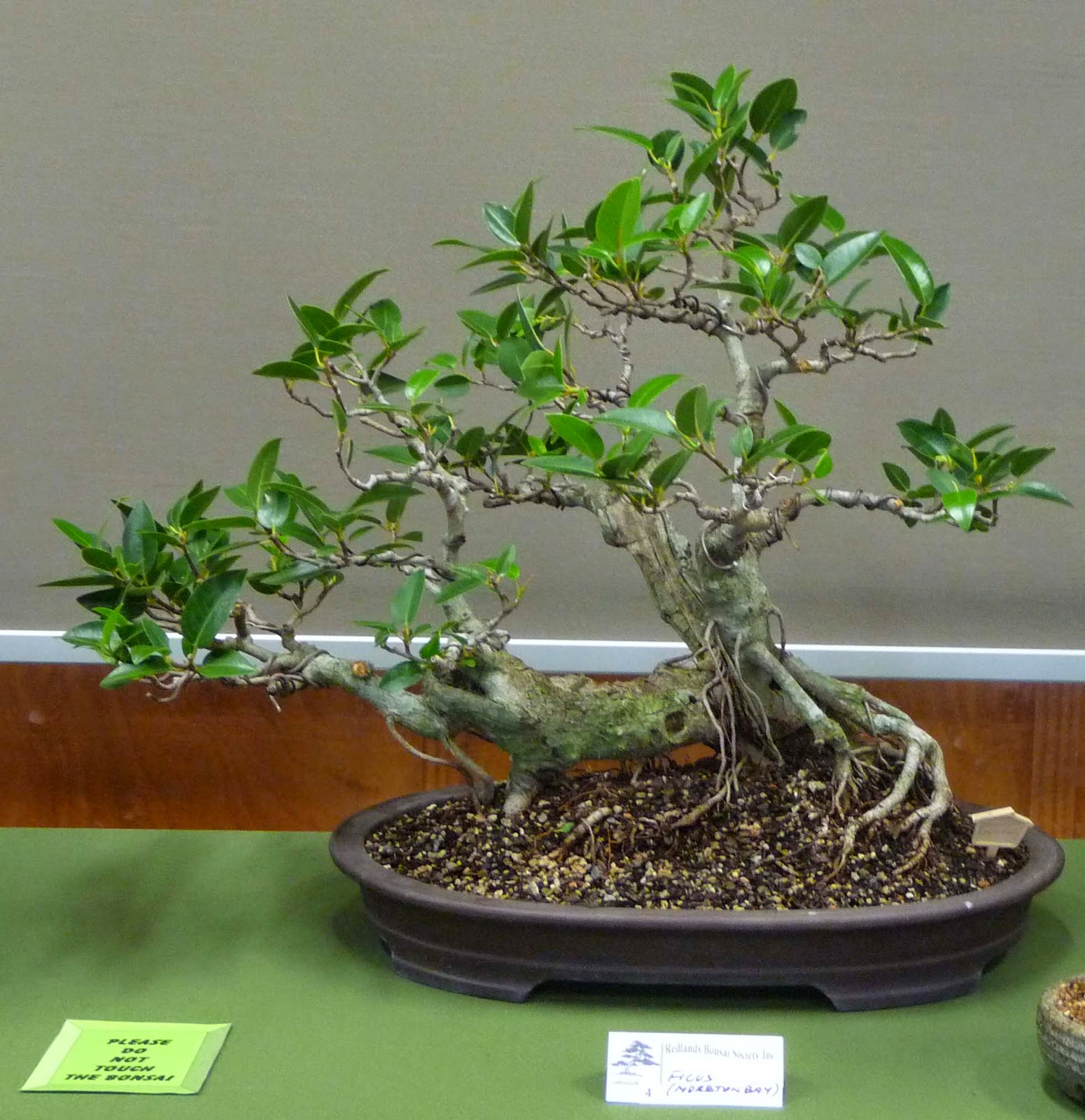 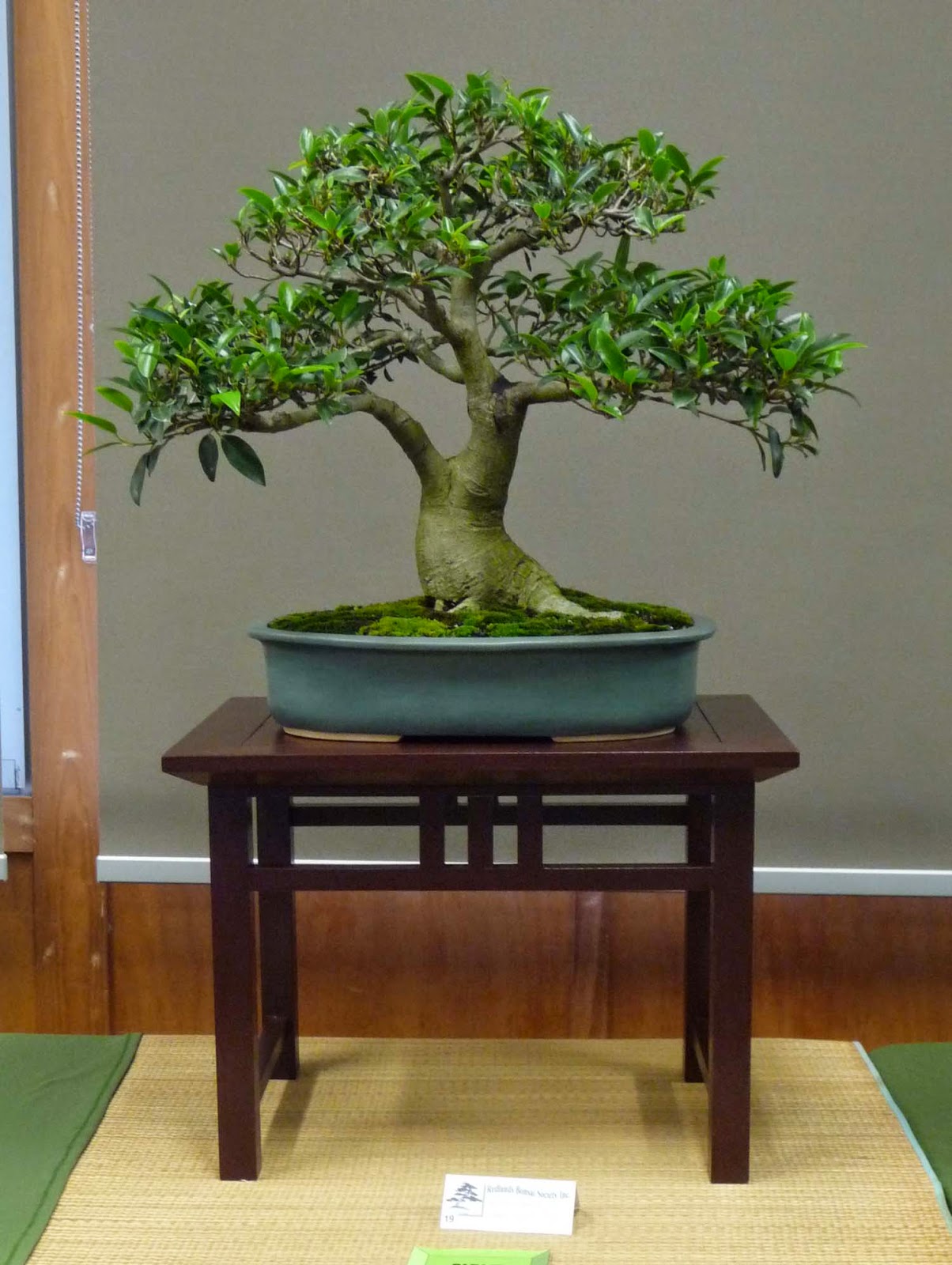 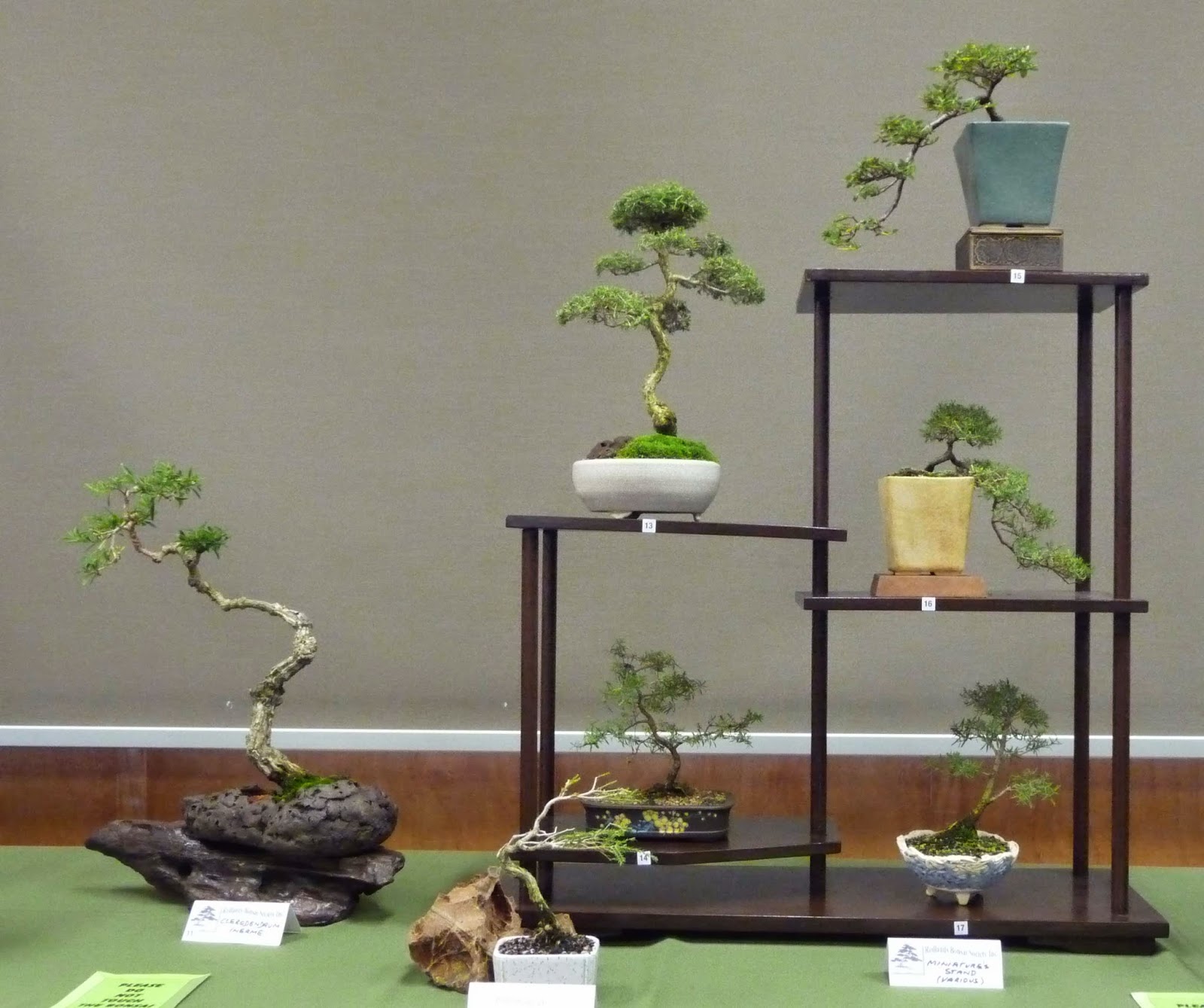 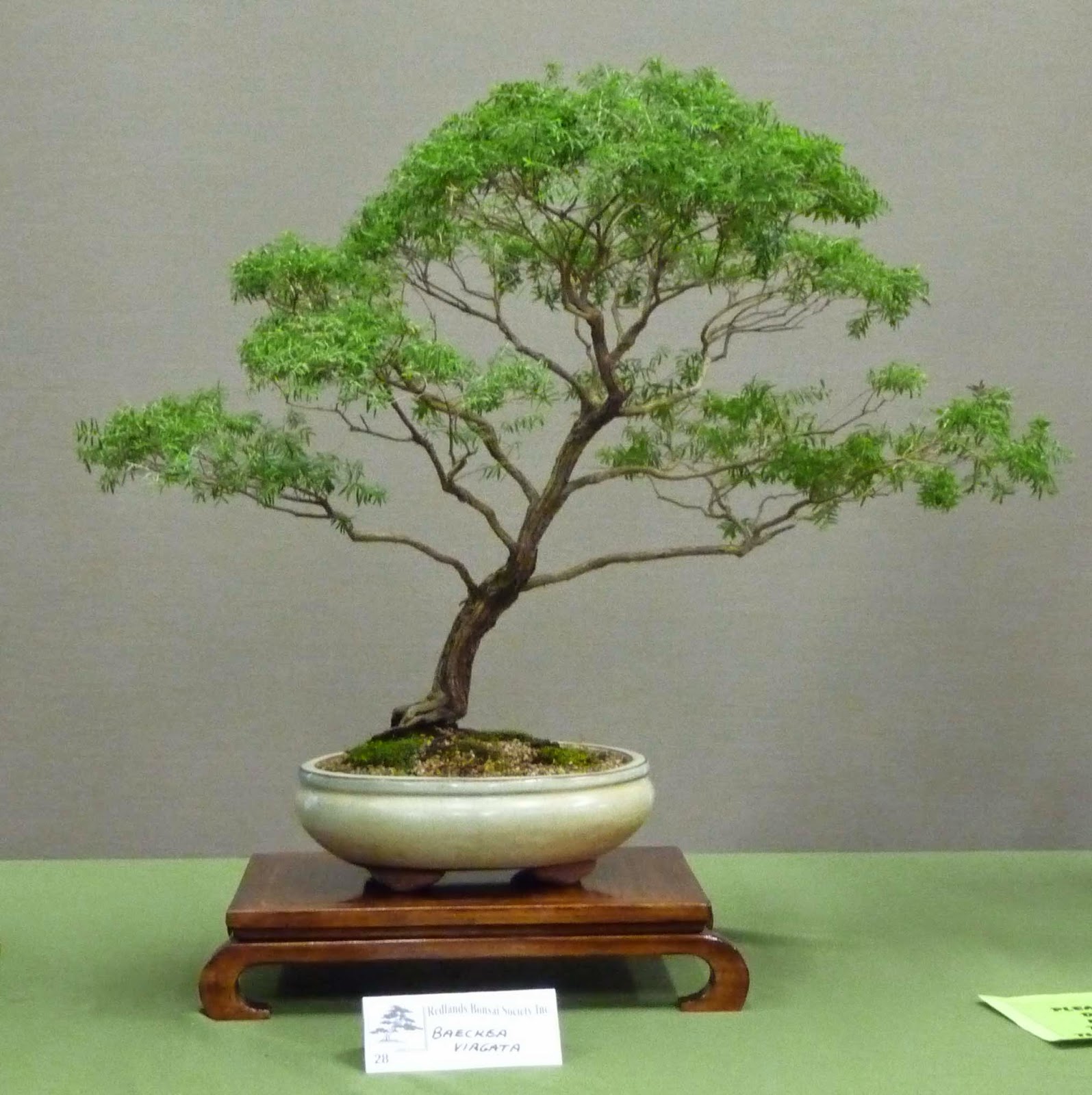 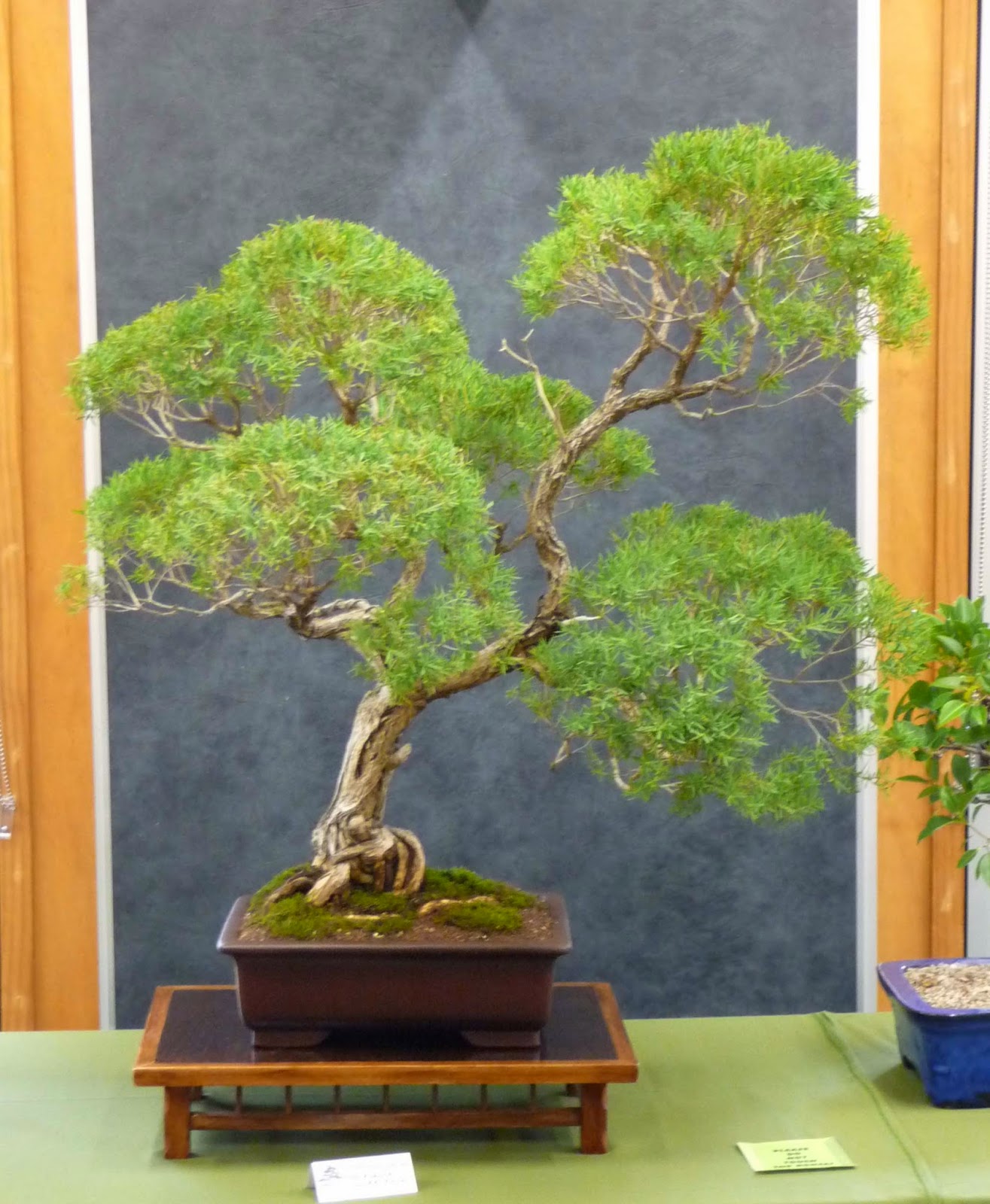 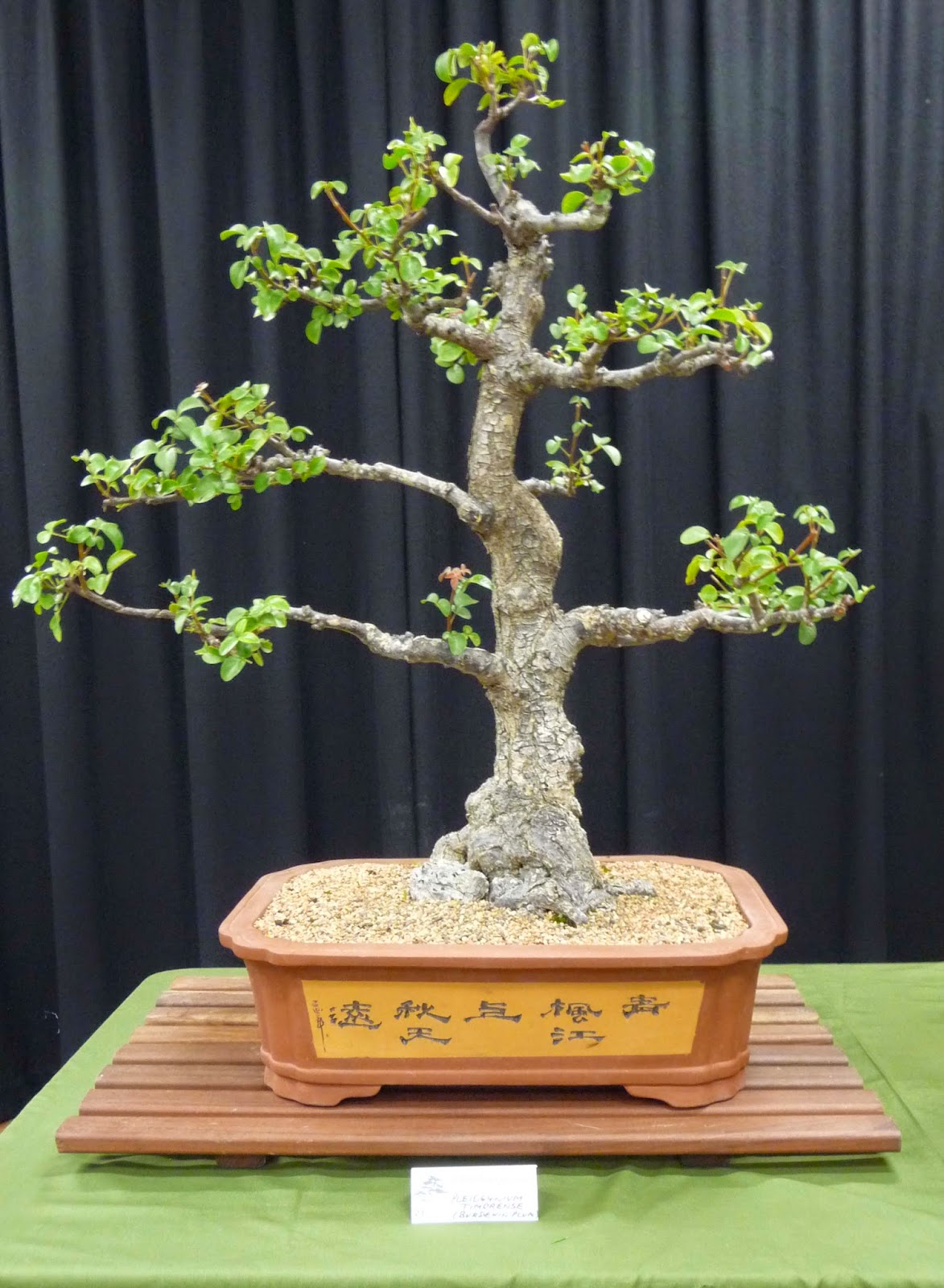 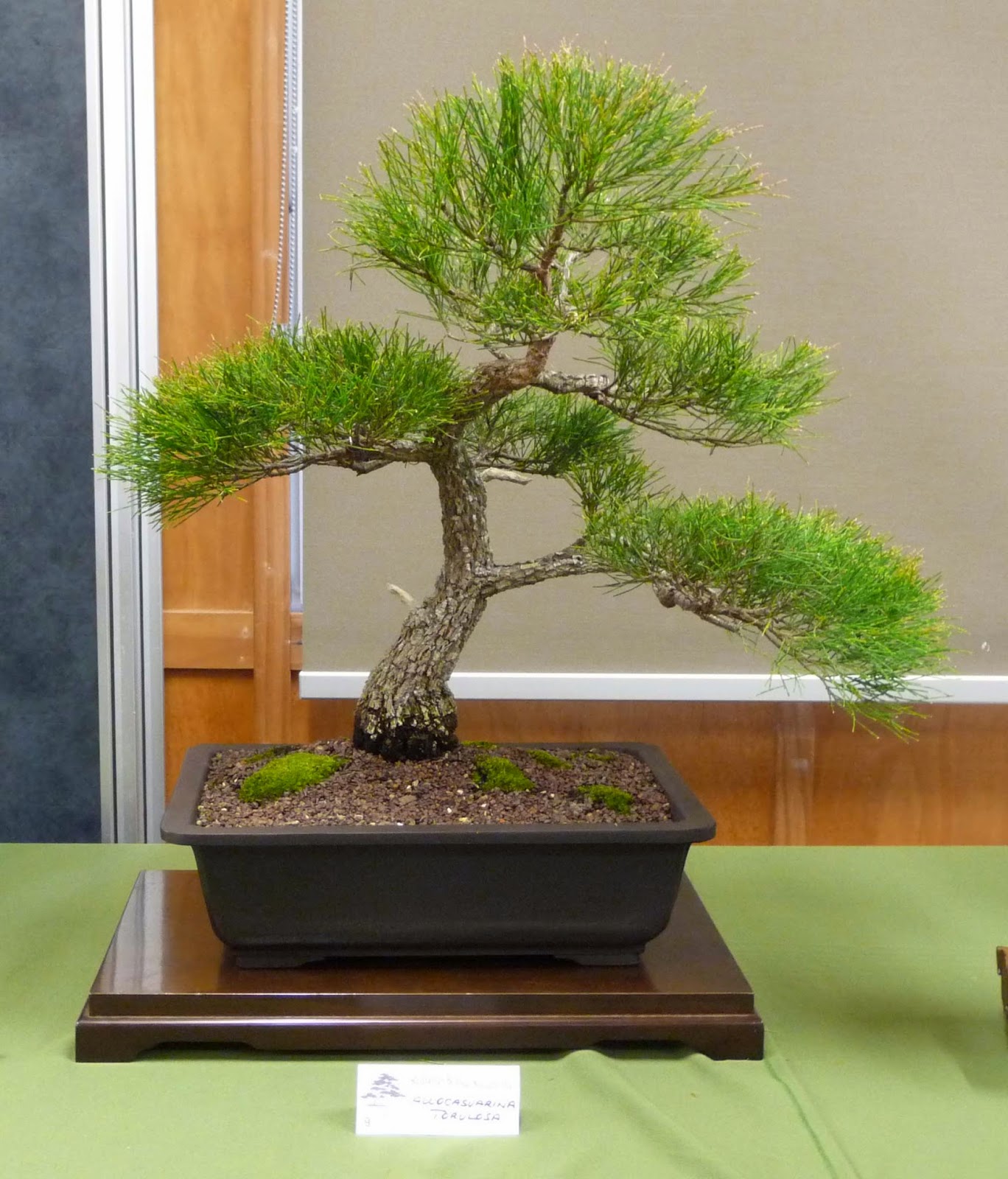 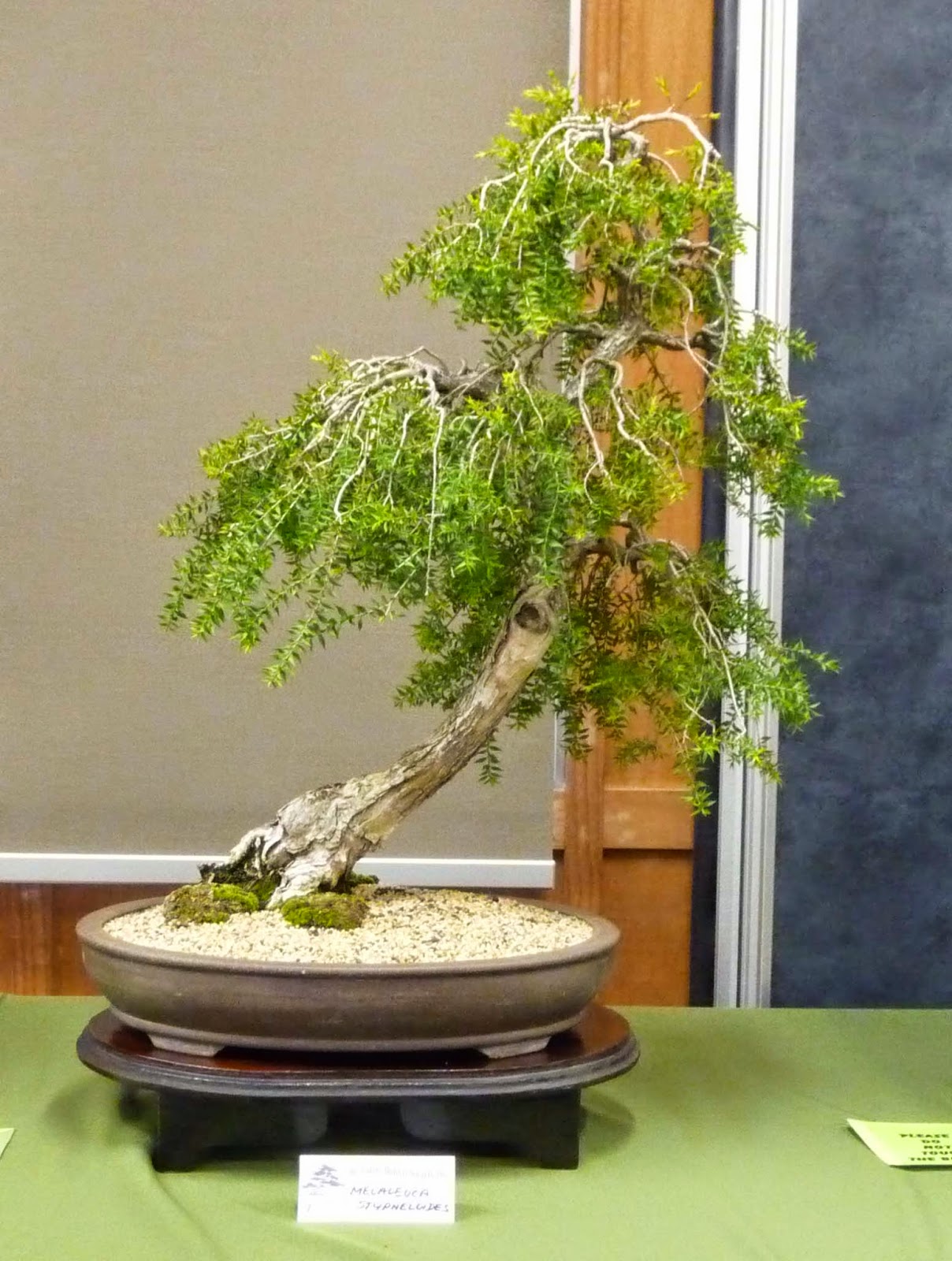 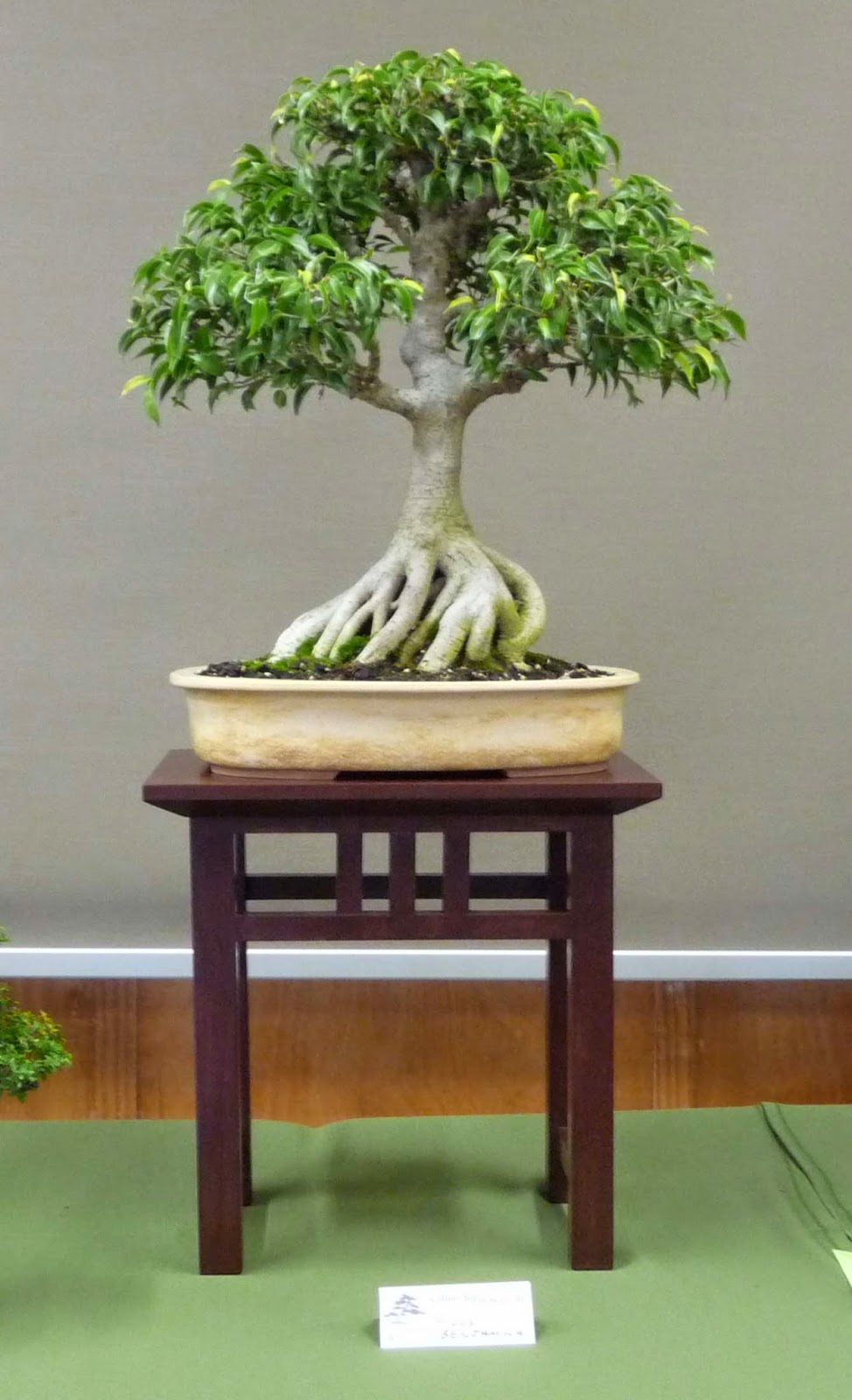 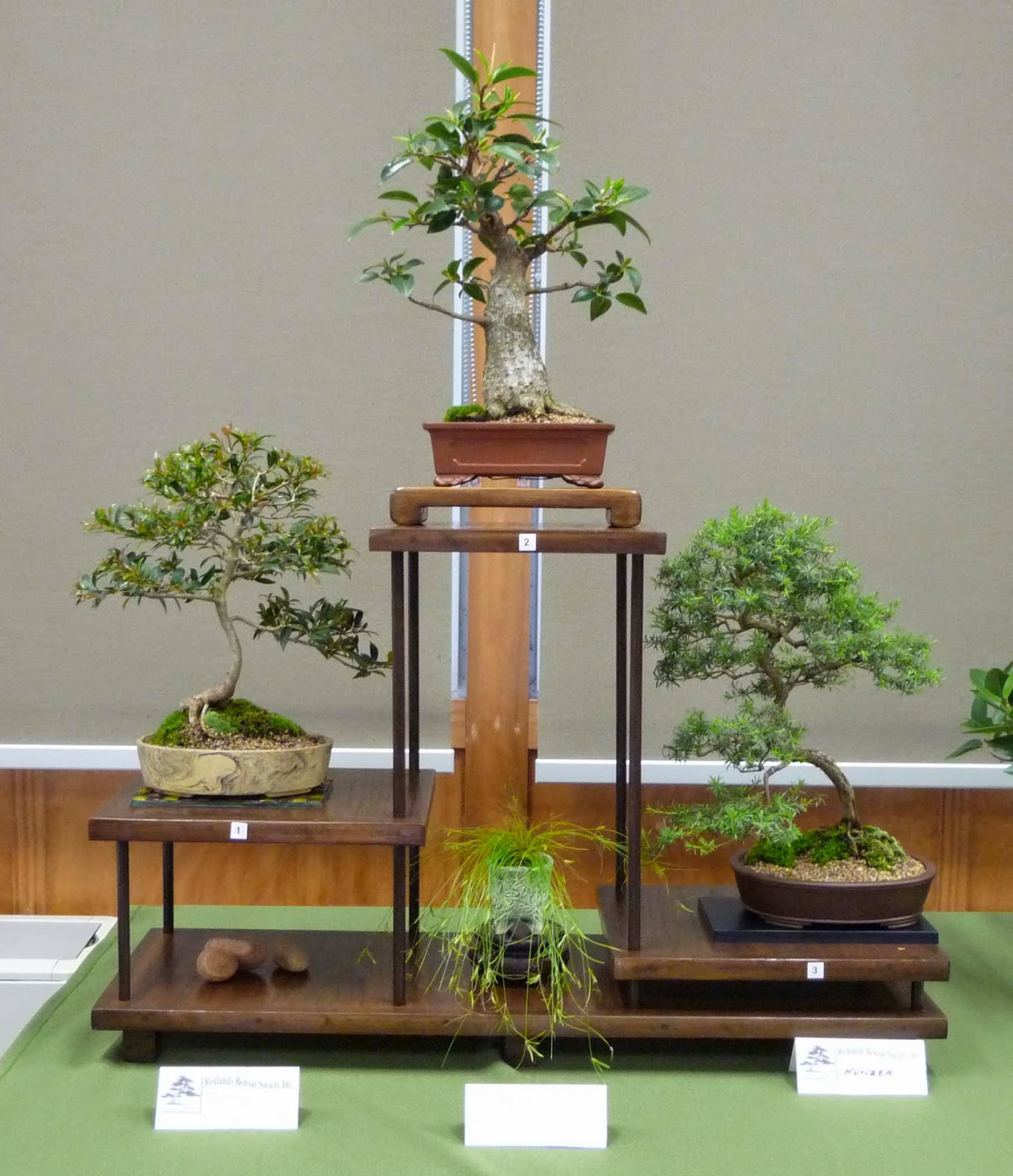 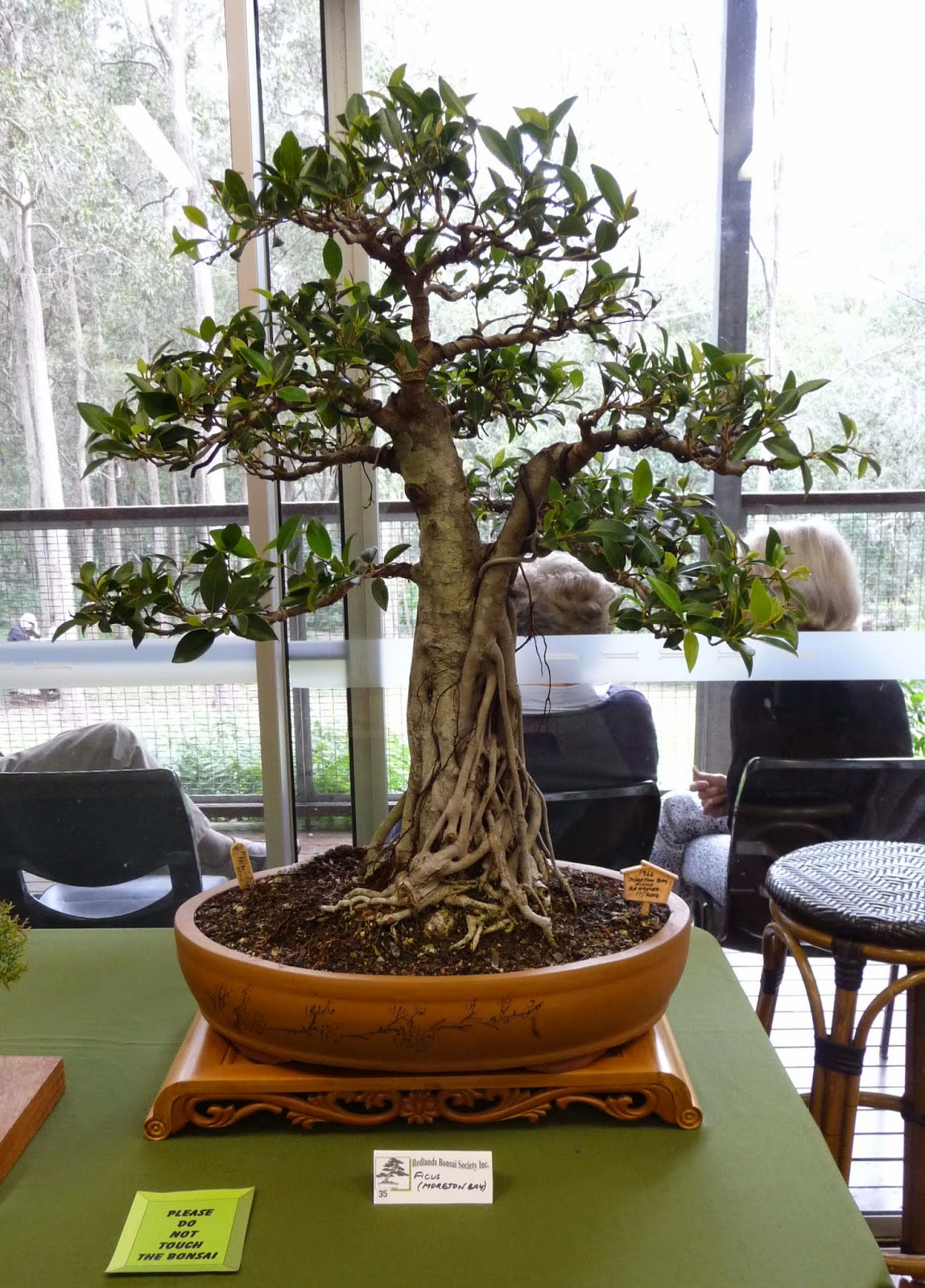 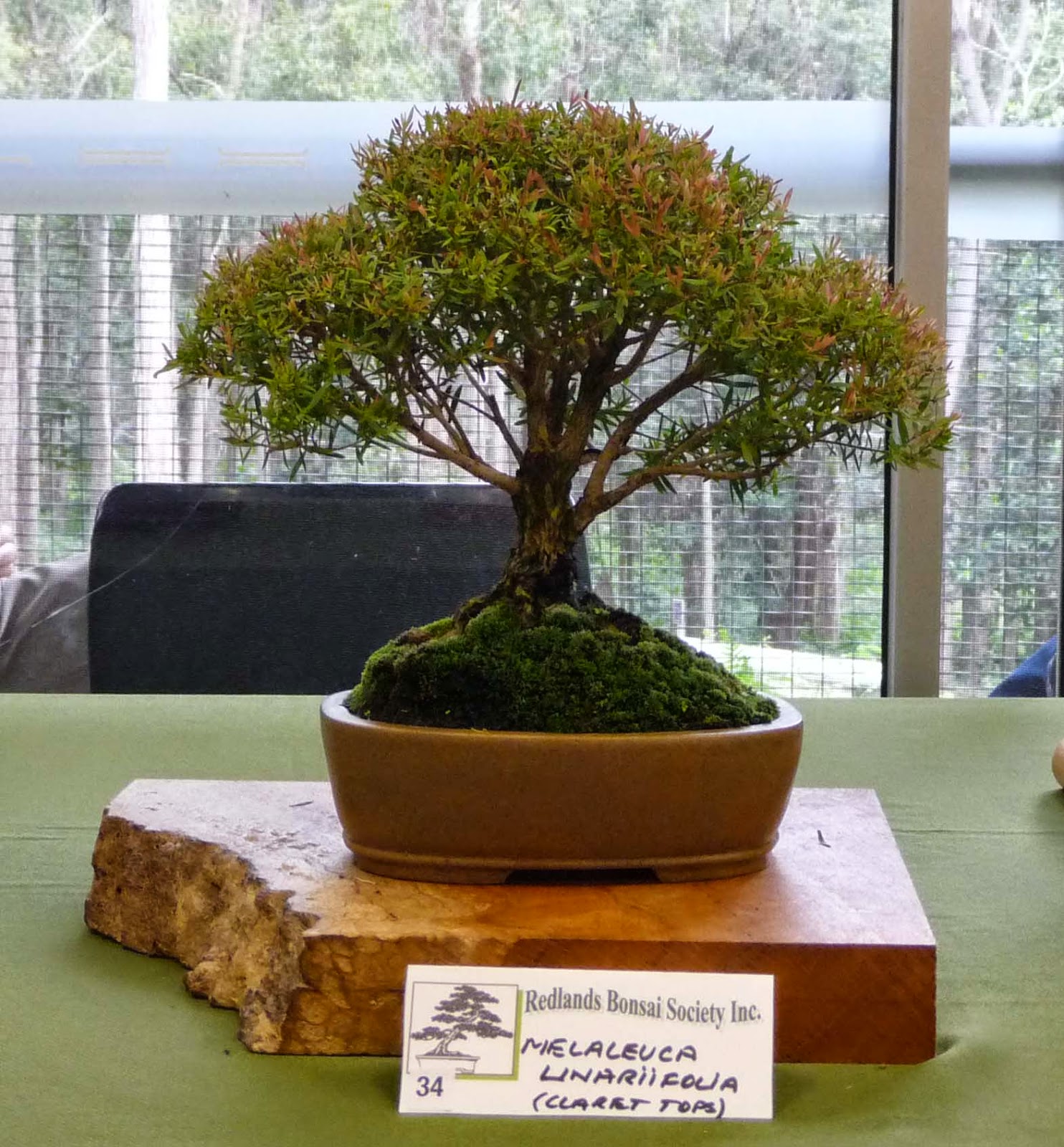 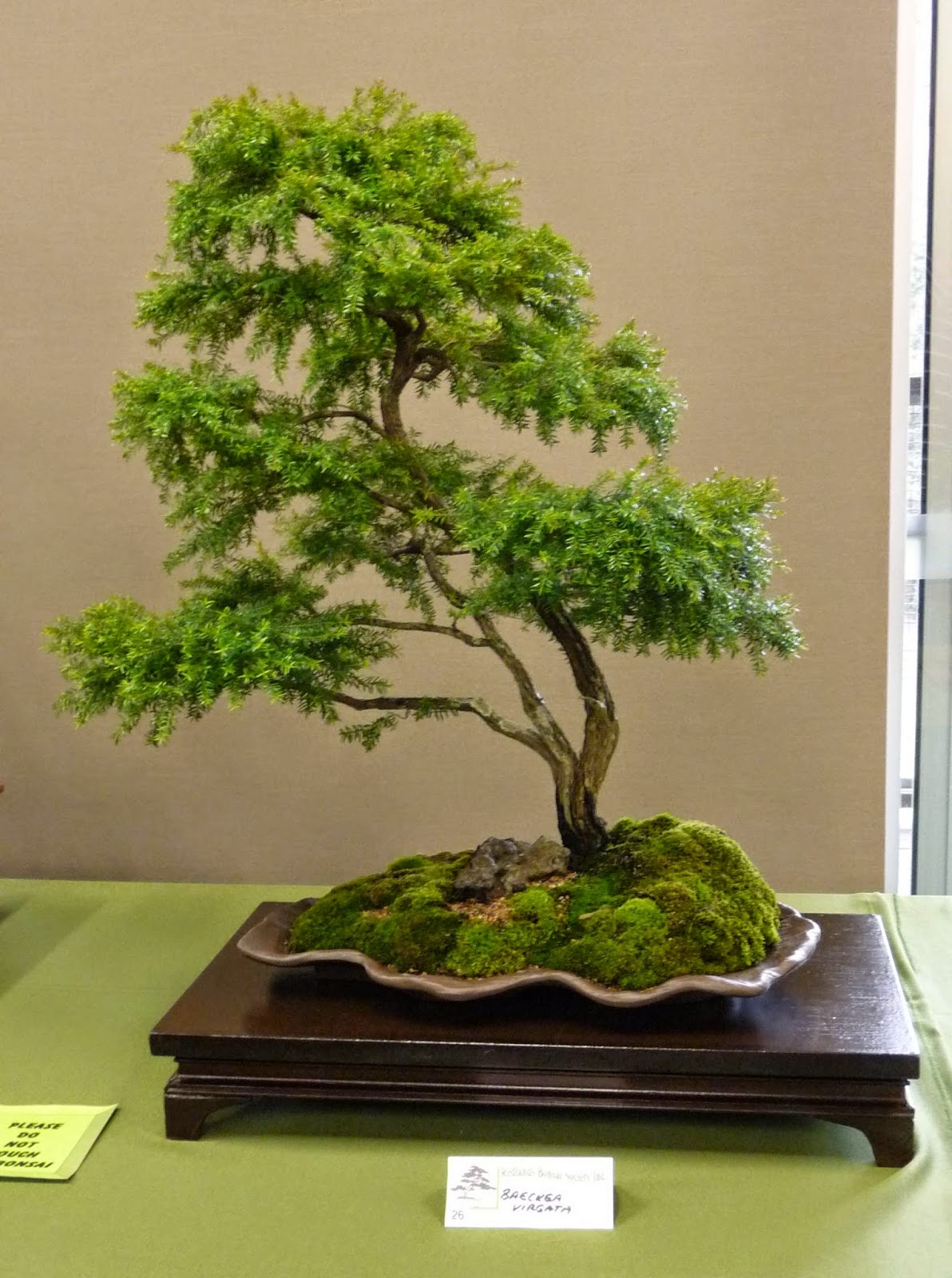 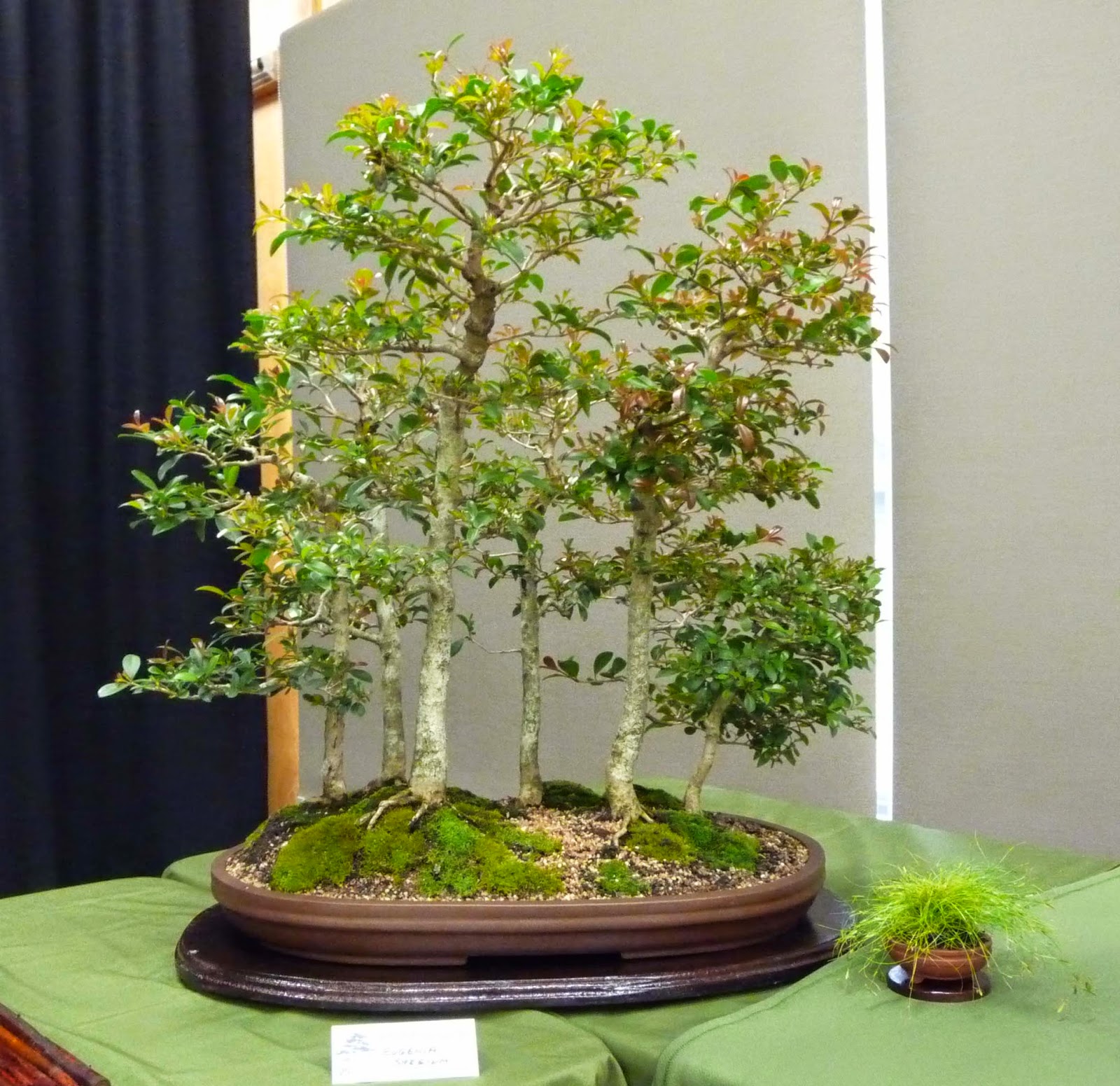 Posted by Stephen Cullum at 09:04 No comments:

I've been struggling along with three Ficus Benjamina 'Shorty' trees for years.  I've never really liked them and so they were always last in getting attention. I sold off a few others at the annual club exhibition last year and was thinking of doing the same with these next time around.

Interesting for a benjamina sport that it is deciduous and has a tendency to have a little dieback also through the winter season. It has small leaves and a nice tight internodal distance, so despite my feelings probably a good candidate for bonsai.

Style wise they just weren't getting there either. That's the trouble with teaching yourself bonsai. Your early styling mistakes tend to get built in as foundations and are hard to shift later when you know a little better.

The mistake I made was to religiously follow the Japanese school of single trunk, left branch, right branch etc etc. Now that might be ok for a pine tree but the longer I do this the less appropriate it looks for ficus; they just don't grow that way. No matter how well you might execute they will always look just a little like they're wearing the wrong clothes to the wrong function. Ficus invariably grow multitrunk with a wide canopy. Something like this Taiwanese microcarpa, defoliated to really show the branch structure: 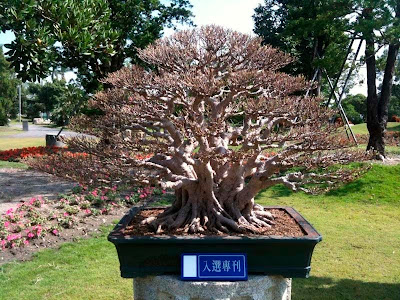 What an amazing tree and an ambition well beyond my life expectency. But you have to dream and so I either sold off my remaining shortys or experimented in a little radical pruning, to see if I could harness the value that existed in the nebari of each of them.

The following photos were taken in September last year. 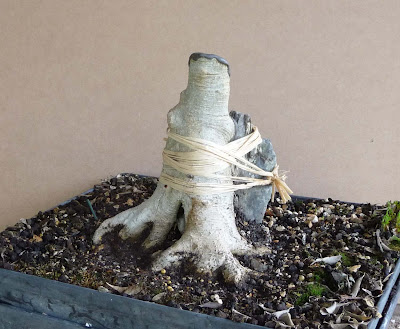 All are root over rock. This first one hasn't got a good grip yet, hence the raffia, but it has a nice spreadung nebari. 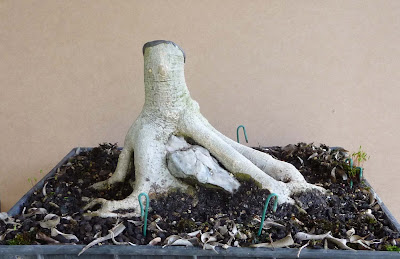 Number 2 certainly has a good grip on its rock. 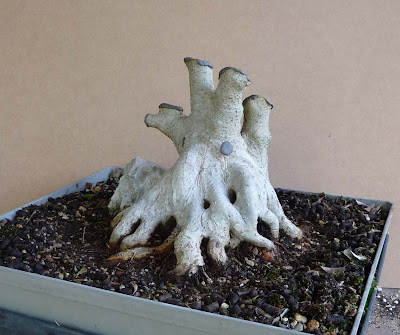 And the third one started as a number of individual trees that have now all fused together and made a very impressive nebari. Unfortunately the rock does point away from the 'front' on this angle but this is the best place to see all the trunks from. I may take the back one out and rotate the tree counterclockwise once it gets going again.

Back in September I expected they would burst into growth with too many shoots to chose from. What happened was a complete surprise - not a single shoot. What did happen was amazing callus tissue development at the cut faces. With no evidence of any intention to reshoot by early this year I took some cuttings from another plant to get rooted scion stock ready for approach grafting. It must have been late January before these had taken and then grown sufficiently to use. 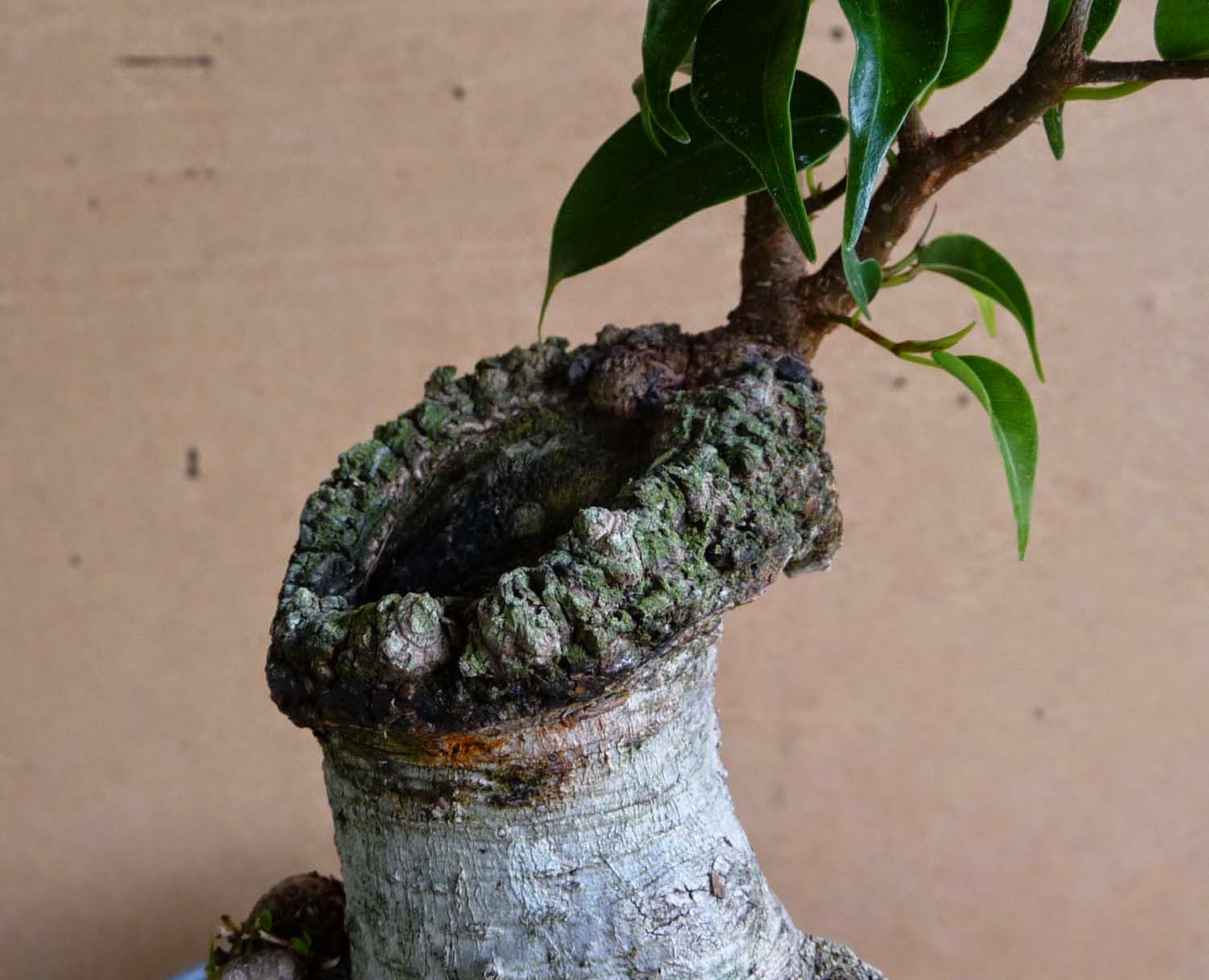 This is a picture of one of the cuts and grafts to show the callus. The grafts took very quickly in this material. 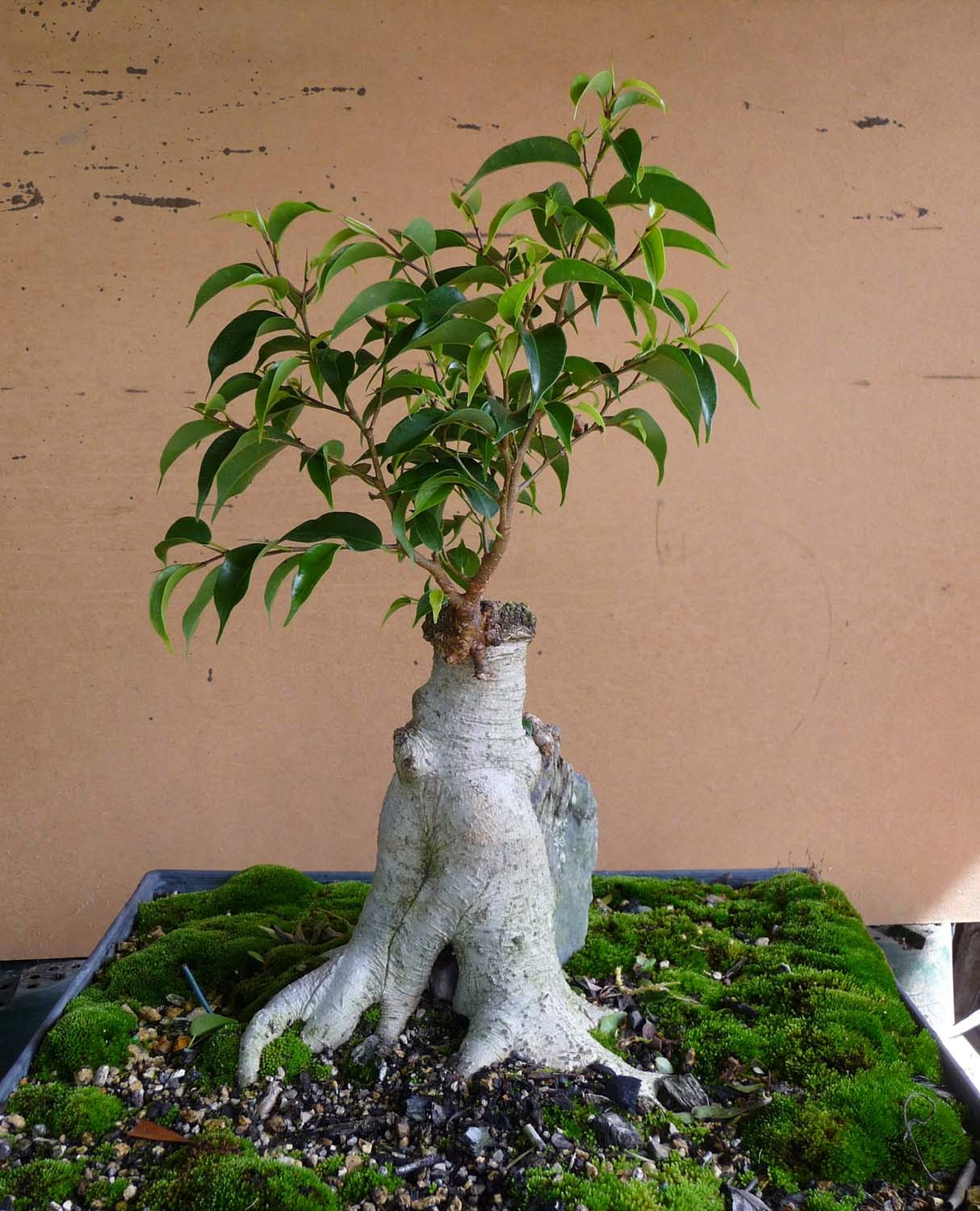 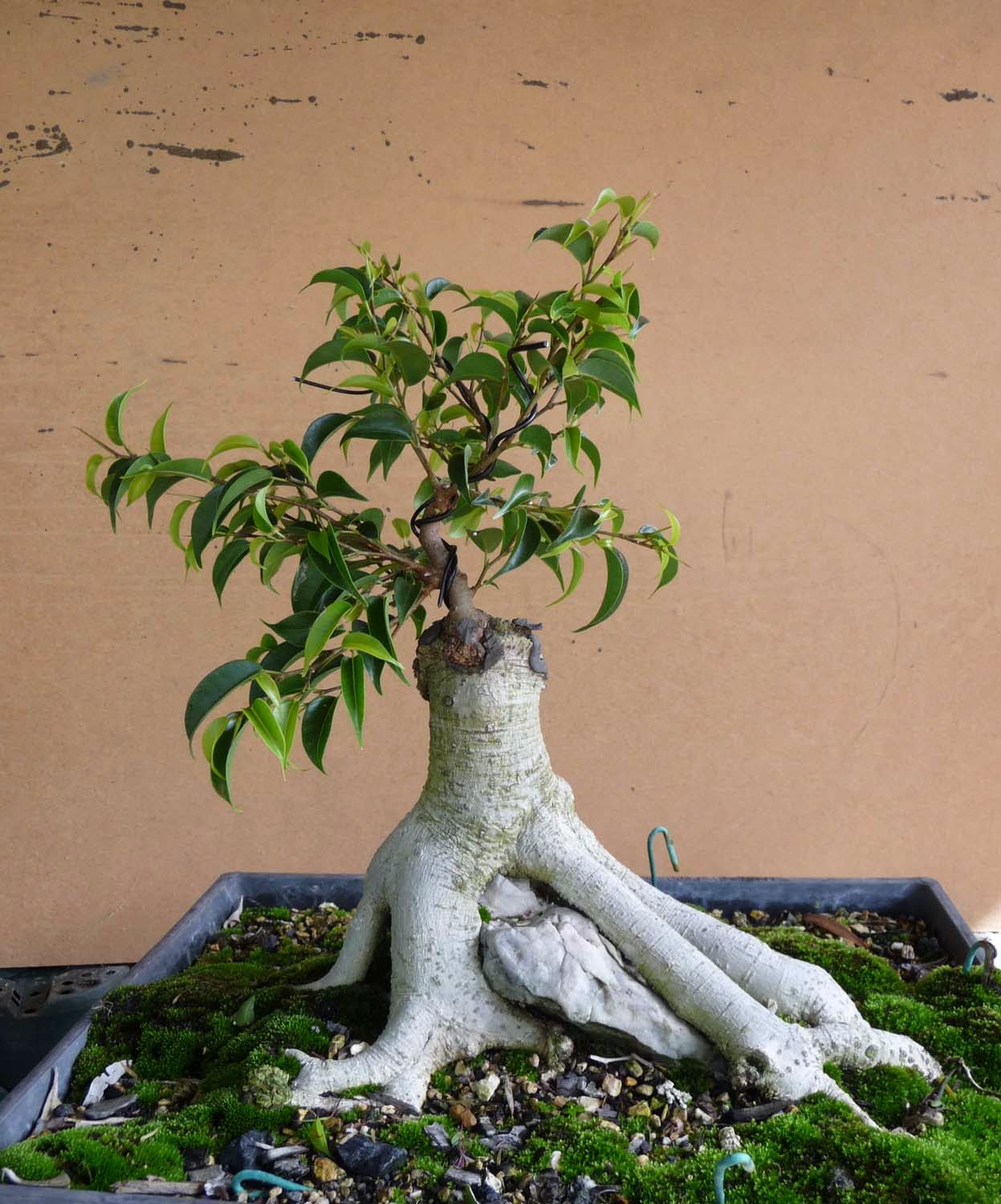 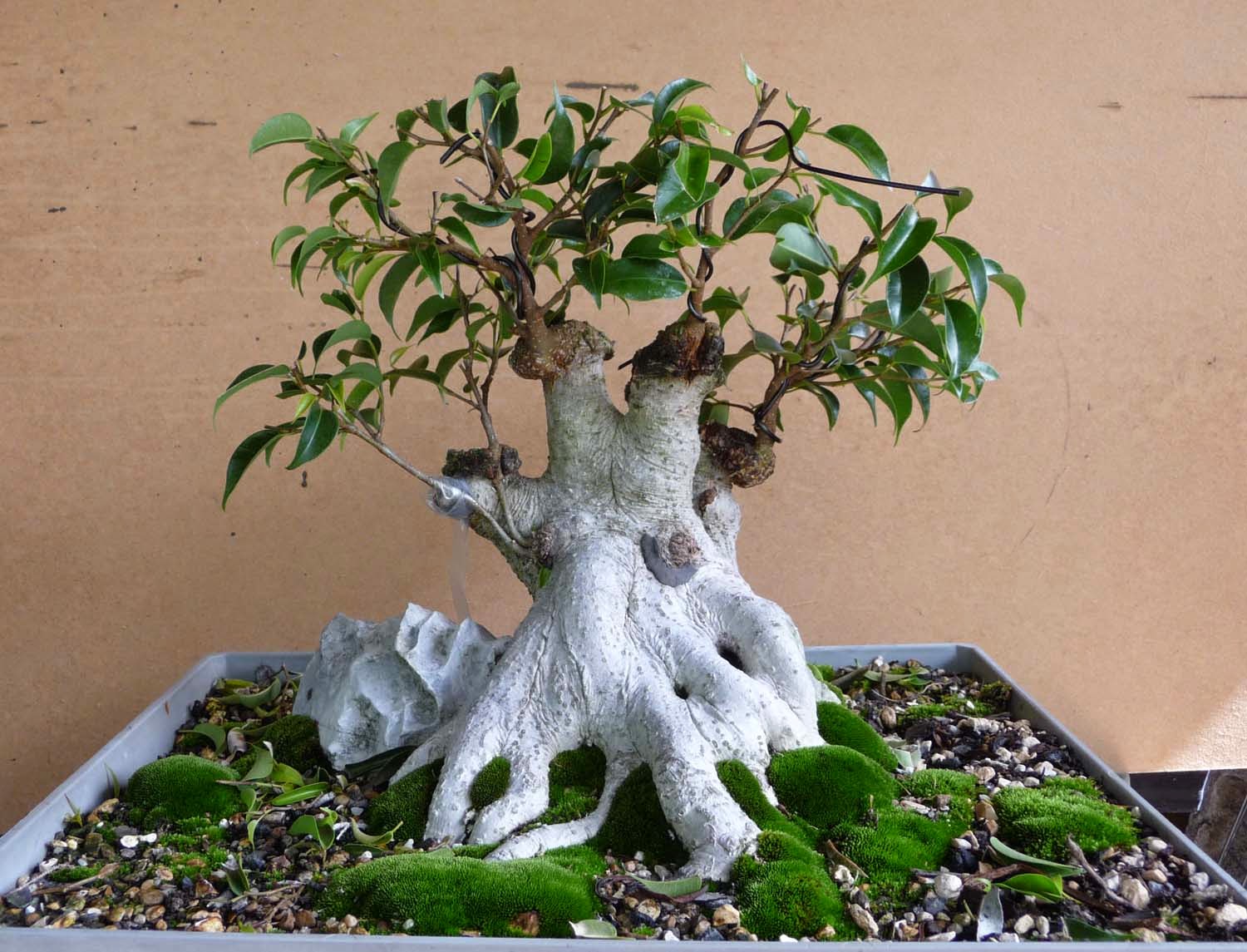 The multi trunk one finally did put out a couple of shoots low down on the left and I used these to graft at the cut sites.
For the single trunk ones the next step next spring will be to graft on some additional material to develop multi trunking. 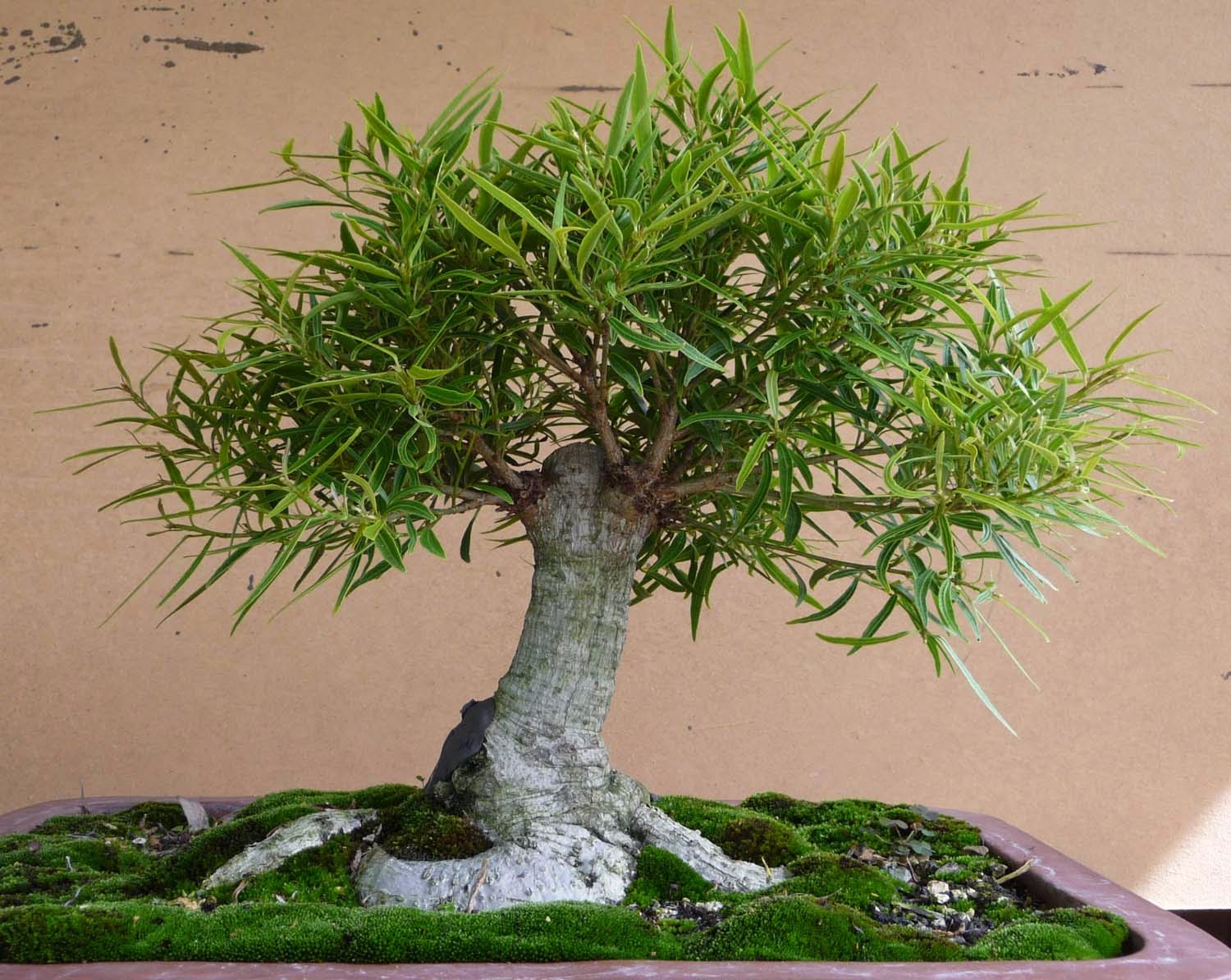 By way of comaprison here is a nerifolia that I also chopped at a similar time. It didn't hesitate and put out an amazing mass of shoots; literally dozens and dozens. When they got to a size to be able to work with I thinned them out considerably leaving just a few with options to keep or cut as they grow. I'll put a V notch in the trunk next spring.

Wayyyyy back in ancient history a couple of years ago I started making ceramic tanuki. Post 44 was the start.
The first of those two was started with a Daintree Pine which died soon after. When that happened I decided I needed a sargent juniper, which I didn't have at the time. That changed last year when I acquired some material and air layered off a number of prospective plants.

That took me through to somewhere like October last year when I finally mated this tanuki and sargent. Patience is a virtue I understand. 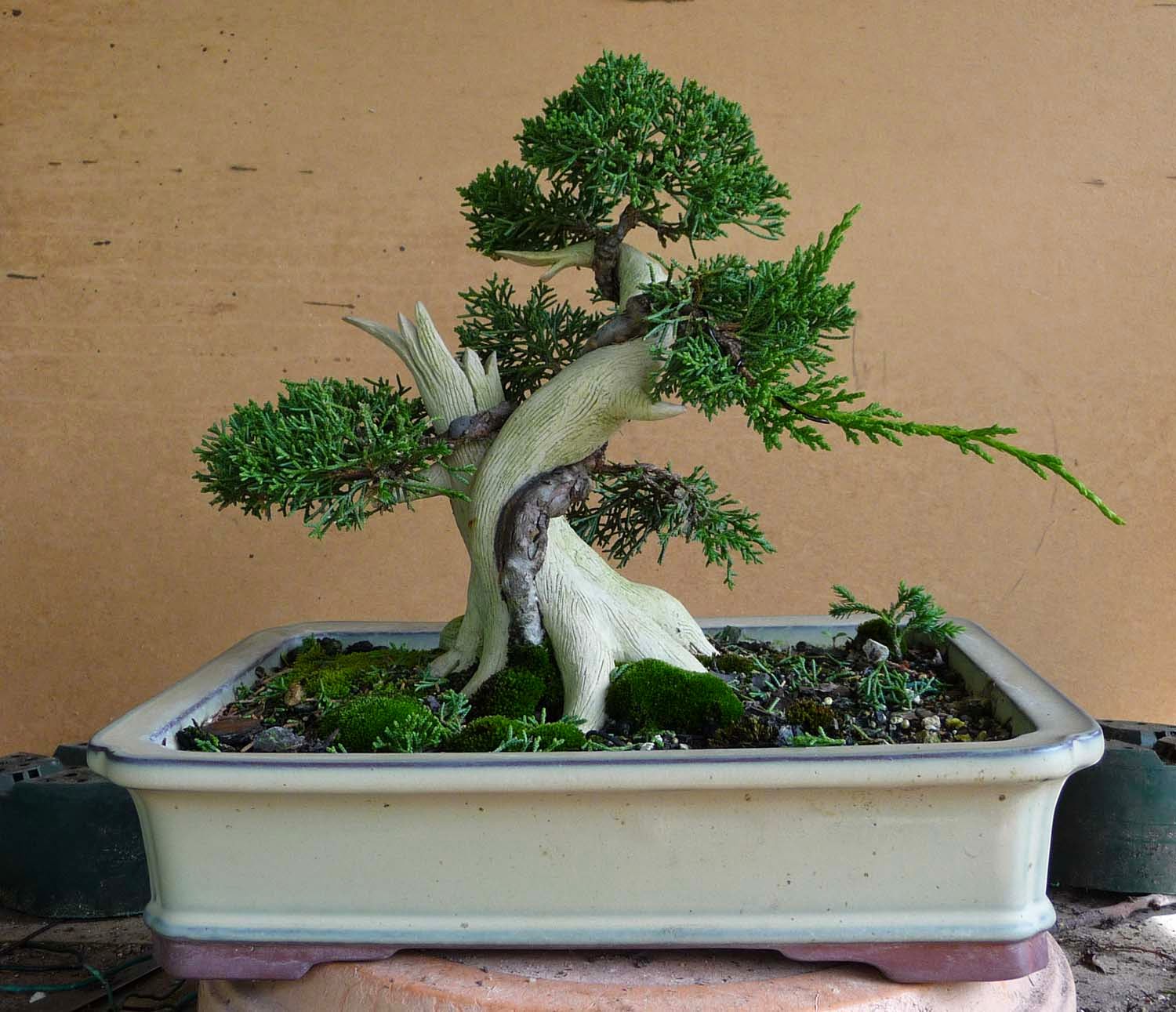 This is the current status of the fruit of that work. The tree has firmly engaged onto the ceramic and has been growing well. Our long growing season is very helpful. After 7 months of growth it is only now coming to an end. The final plan includes removing that back branch, building the right hand branch which is moving vigourously now, and rounding out the canopy to keep it under the shohin ceiling.
By this time next year it will be at display standard. I have made a nice little round pot  for it - not fired yet - that will round out the composition nicely. 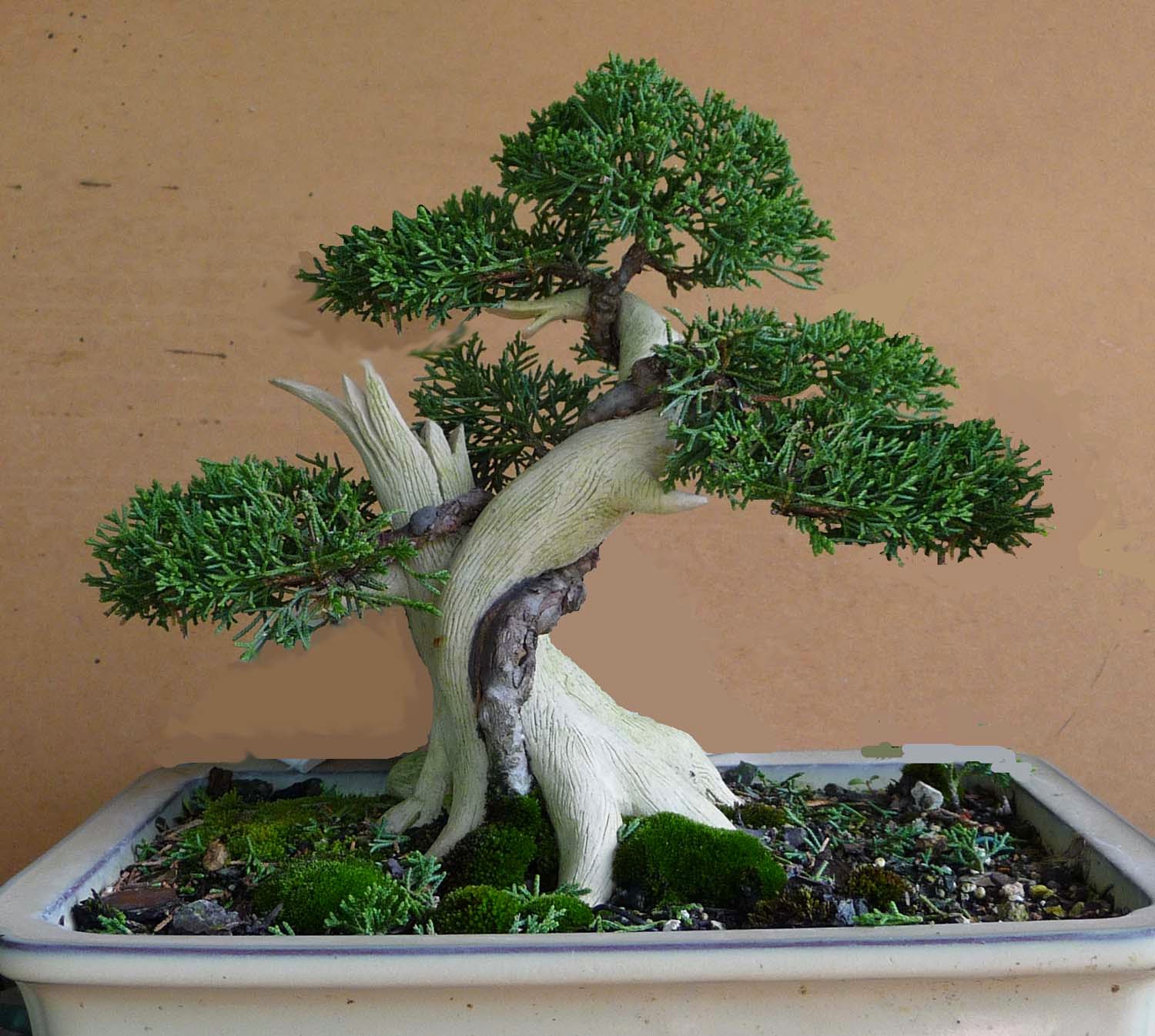 This is after a little photoshopping to begin to visualise where I'm heading.
I have a nice little collection of them now, two small ones and three larger, all with sargents attached. I've also got another 4 made and ready for the kiln. I should stop now I know but with the success of this one in a very short time it is hard to.
Posted by Stephen Cullum at 12:38 No comments: