At my local bonsai club we are stepping up momentum for change in the traditional appearance of our bonsai. There has been a long held view by many that the default styling guidelines which have originated in conifer styling should apply to all genus (ie including broadleaf trees). I have explained and expanded on the flaws of this idea in detail in my book "Bonsai Foundations". 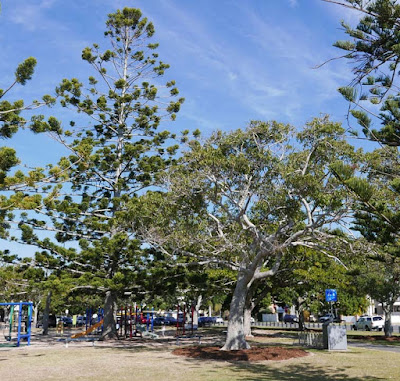 This is a picture from a local park of what I think is a Hoop Pine on the left and a Ficus on the right. These two trees could be no more different in their growth habit and are iconic exemplars of their genera and families. The triangular profile of the conifer contrasts with the rounded domed canopy of the broadleaf. The dominant single trunk and branch structure of the conifer is a world away from the divided trunk and complex branch structure of the broadleaf.

And yet given these fundamental differences the conifer shape has been the default styling for all bonsai, at least in my part of the world. Actually I think much of the Western bonsai world suffers the same problem. It is easy to see why and how this has happened but that is another story.

A recent step to address this imbalance has been to hold a Transformation Workshop for all those up to it. It is interesting that over the last year that we've been talking about this there are many folks who once looked at their trees with pride, now really just want them changed or out. The following tree (a Clerodendrum hetrophyllum) is one of those.
In recent times it has been highly regarded and awarded. But in reality it is a formalized black pine surrogate, clipped to the point of being a Niwaki, a Japanese garden tree or sometimes called 'cloud tree'. The garden trees of Japan are cute and whimsical but they are more topiary than bonsai and the model should not be taken as a bonsai style.
The typical characteristics of trees styled this way are a dominant single trunk, an inadequate number of  horizontal topiarised branch pads and a bobble headed canopy/apex structure. 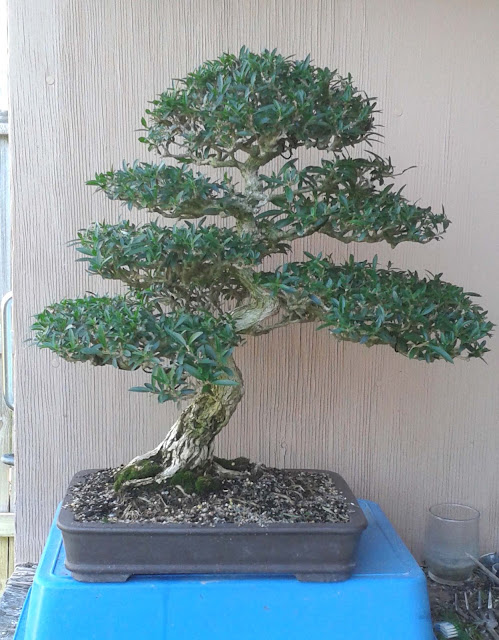 This was the tree before the work began. It was about 300mm high. 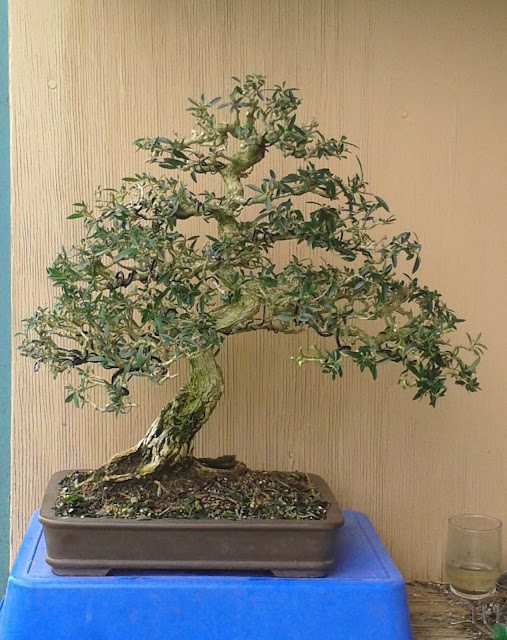 Afterwards the pads have been disrupted to incorporate division and separation of secondary branches. The gaps between the branch structures have been closed and the bobble headed apex pulled apart, to simplify and lighten. In the coming growing season the task will be to rebuild an apex comprising a divided trunk-line and more upward and outward fine branches forming a rounded canopy. This is day one in the transformation of a 15 year old tree. Given another year and it really will have broadleaf integrity and look like an aged tree in miniature, not a conifer surrogate or garden curiosity.
Disruption seems to be a byword for our times. Who would have though the idea would play out in the local bonsai scene too.

Posted by Stephen Cullum at 22:18 No comments: