Its only early August here but the plants know spring is very near and so it's time for a little spring prep. That includes a little top pruning and then the root pruning to give them the space to grow in the new season. Here's an example of a small Buxus harlandii going through the process.

Growing healthy bonsai is really all about growing healthy roots. You can see the amount of root congestion  in the pots of these trees after one season. Nice healthy root growth but by now way too congested to be able to keep the water up to them in the coming summer. Root pruning is important for both development and survival.

And them a similar process for a small Lilly Pilly.


Some people wonder just how the trees survive this treatment but the reality is that they thrive on it. They don't need all those roots to get the water they need and without the root pressure they will have a reservoir of moisture around their roots to get through the warmer days.

https://www.facebook.com/bonsaifoundations/
Posted by Stephen Cullum at 20:55 No comments:

Its surprising how much time has passed by since starting this little ceramic tanuki side journey. 2013 is more than the few months it feels like. So some pictures today of 5 of them. 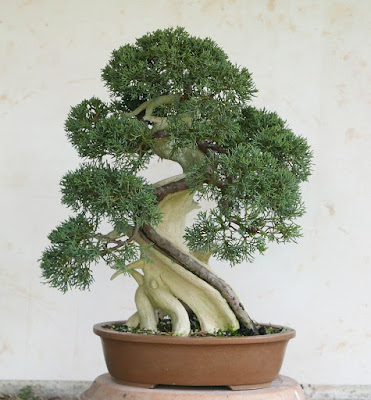 This first one is filling out quite nicely. I prefer the full foliage arrangement rather than the more confected horizontal flat fans. 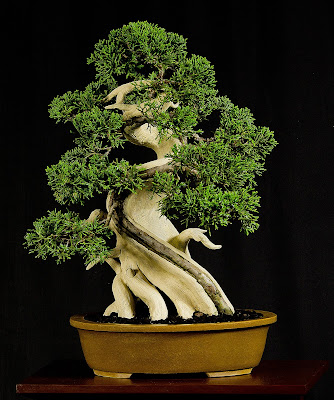 This is a professionally taken shot from a local club exhibition in 2016. Despite it's declared true nature it was awarded as winner in its class size. 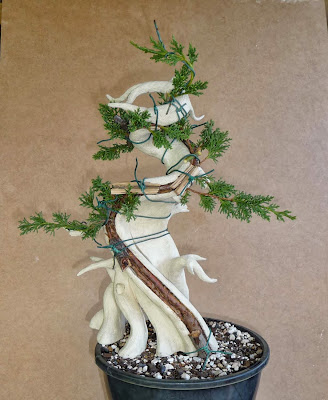 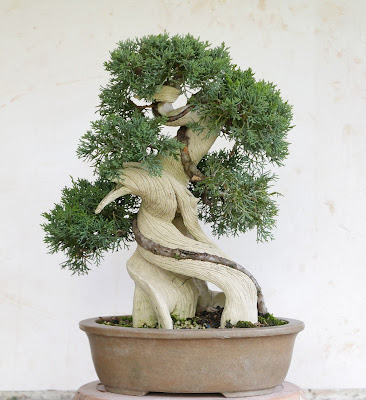 This one dates from early 2014. I posted as story about it's initial carving in December 2013. 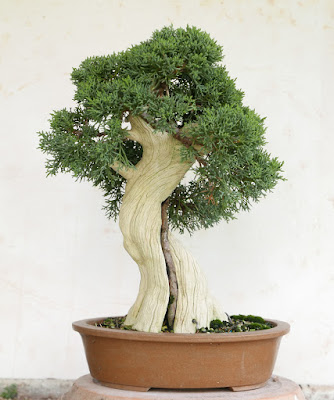 This one was inspired in part by a famous old tree in the Pacific Bonsai Museum (below). It has a few more years to build the top but at least the base is ready to support it :) Its a little younger than the other two.
These first three have been placed in pots from the same mold - essentially the same size. I have it in mind to exhibit them as a group, at the right time. 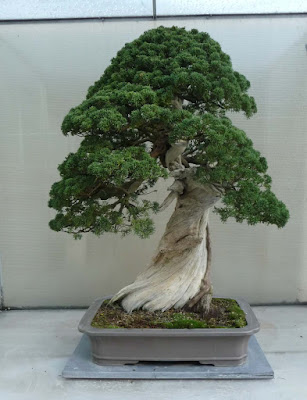 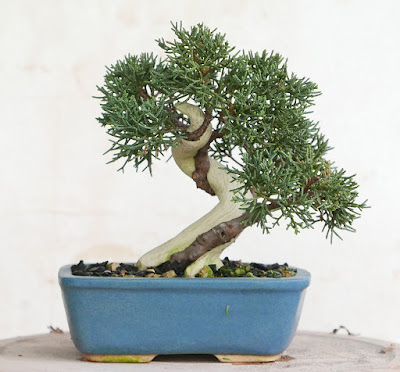 As well as the larger models I've also made small. This one is about  100mm. At this scale you can see how it has locked well into the groove. 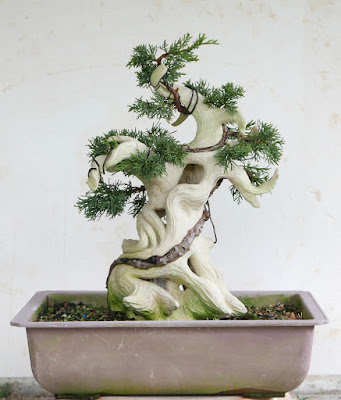 Finally this one dates back only to April 2016. This post shows it straight out of the kiln. I let it run for a time to build trunk mass and lock on, which it has done well. More recently it has had a prune and branch reduction, back to the essentials to go forward. Five years and it will be interesting.

Posted by Stephen Cullum at 17:34 No comments:

In a little under two months since separating the air layer and a month since stripping off all the old branches the Clerodendrum ( started here) has sent out a number of strong shoots. 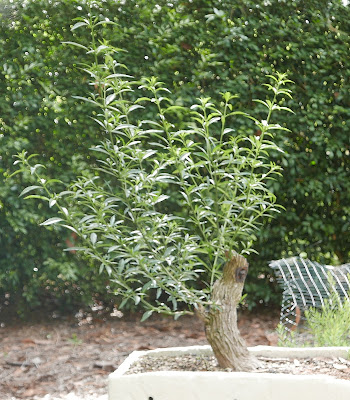 There are 8 in all but unfortunately they have mostly come from the left hand side. In anticipation I have prepared a number of hairpin scions for grafting. Once these have stabilised and put on a little growth I'll press them into action. 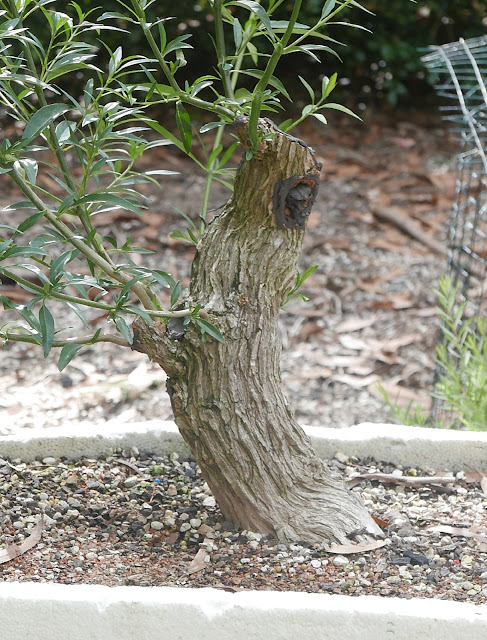 Posted by Stephen Cullum at 16:58 No comments: