In late November last year I grafted two new branches into position on a Small Leaf Queensland Fig, Ficus obliqua. The technique used was 'hairpin insertion' grafting. At the time I posted a step by step pictorial of the grafts being placed, in Post 132.

Since then the graft material grew initially and then went through a long period of dormancy. I thought they had failed but then more recently they are showing signs of vigour again. 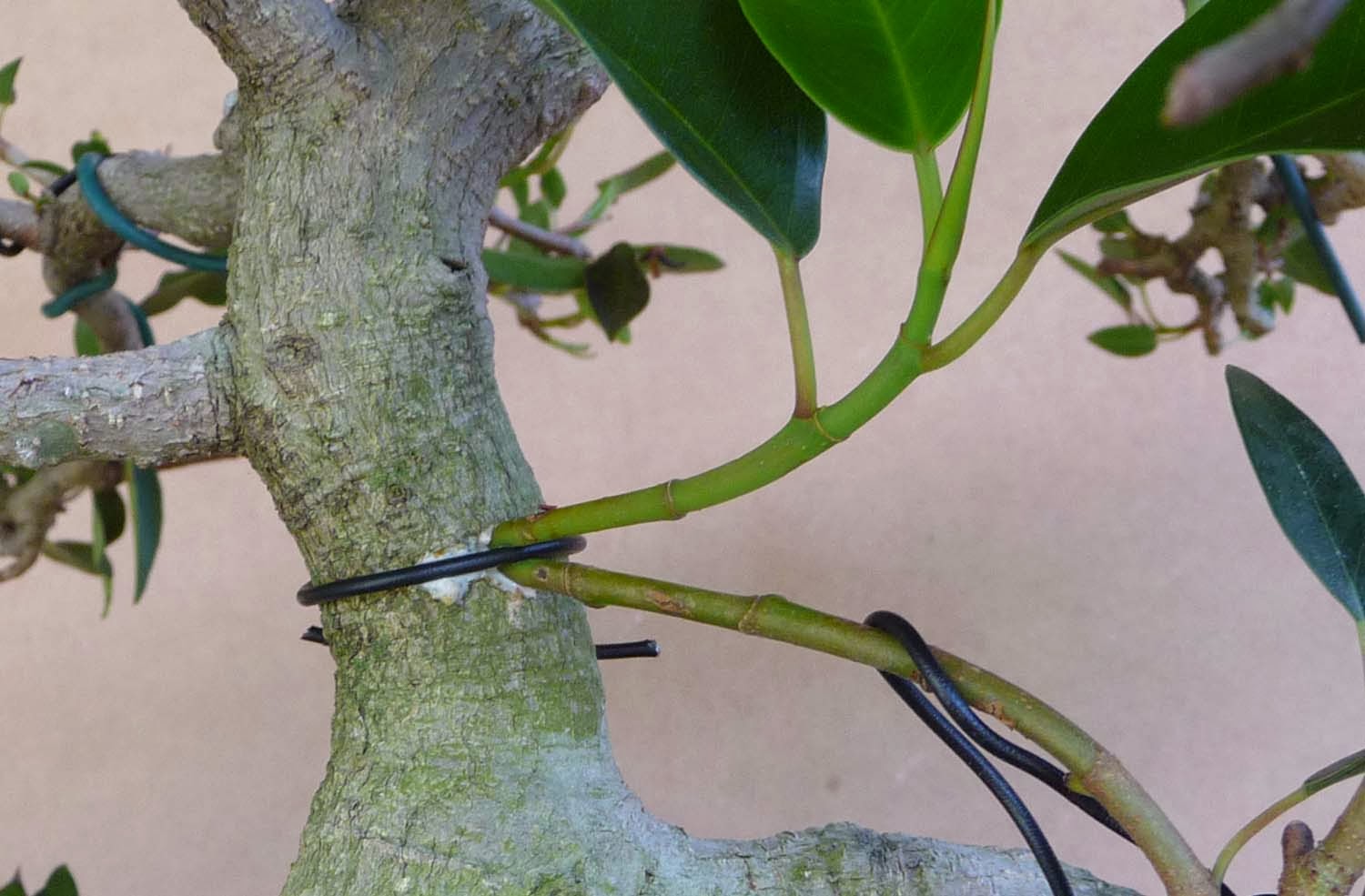 This is a picture of one of them at the time they were set about Nov 24. 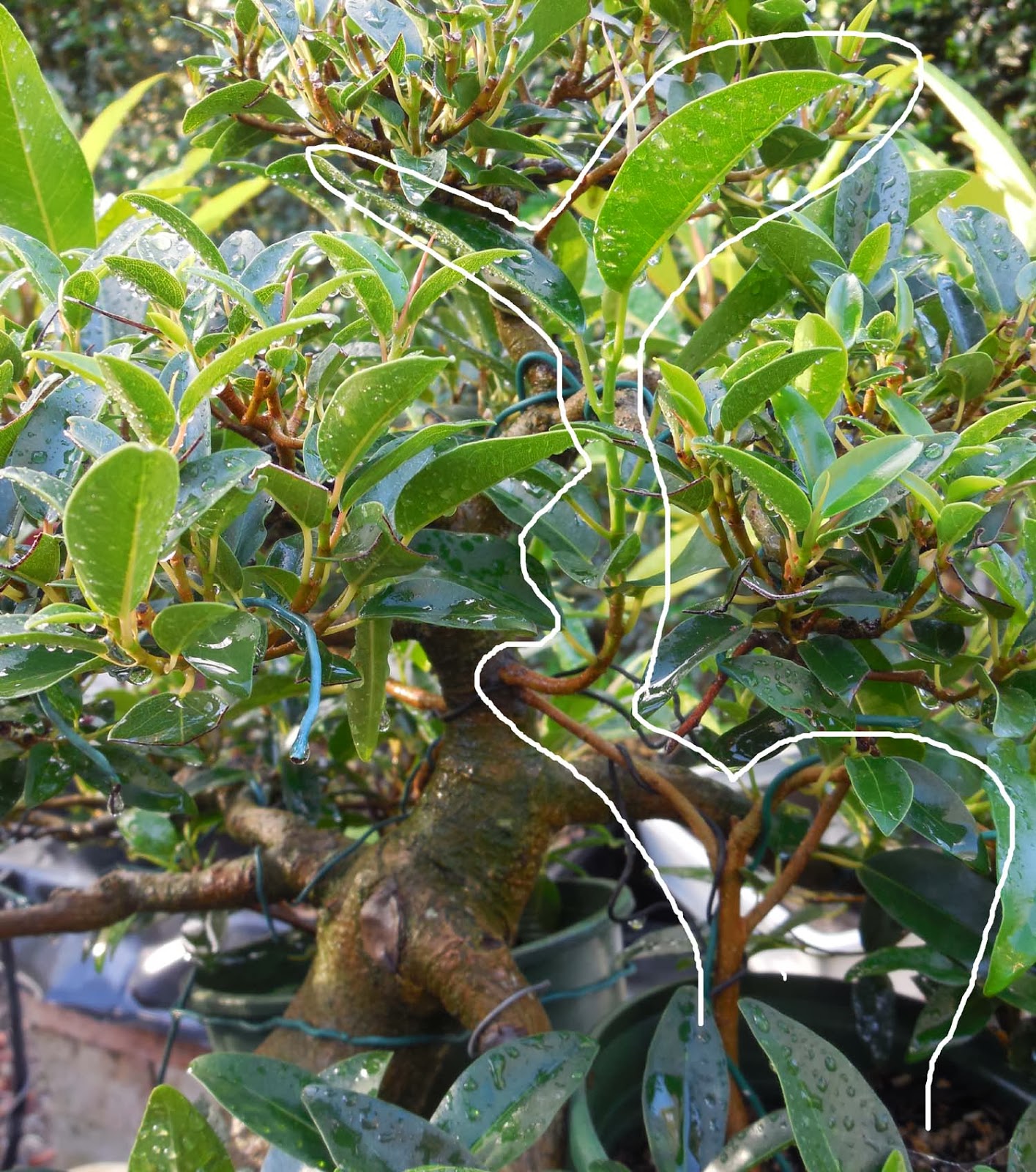 This is a picture of the same scion now. I have outlined the material in white to help pick it out. As you can see the shoot has extended quite a bit and filled out. The growth tip is quite fresh and showing all the signs of being active. 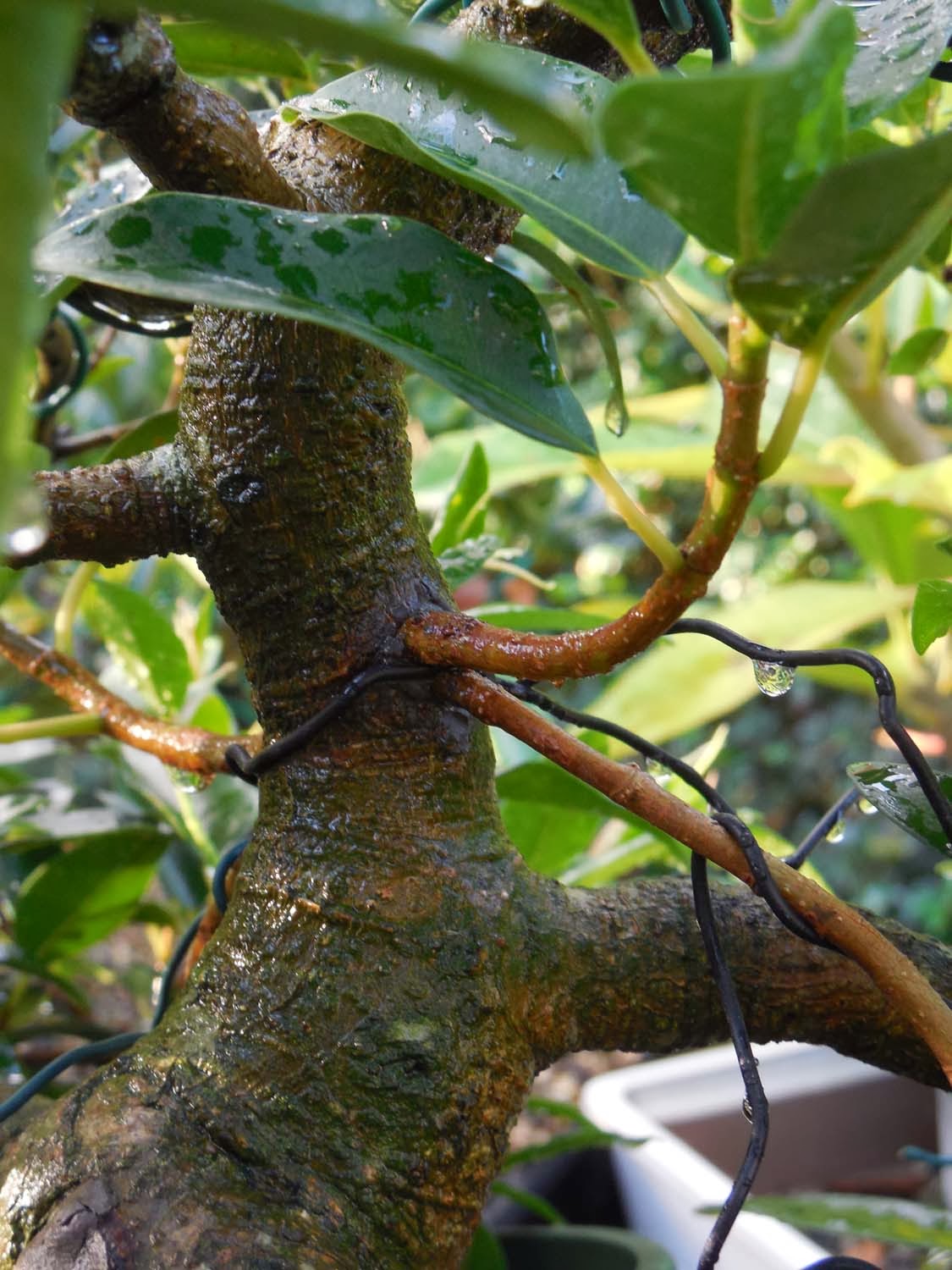 Here it is in close-up. It might just be my imagination but I'd bet the 'leaving' branch diameter is greater than the 'joining' one, and despite the wire to secure it in position it feels pretty tight. 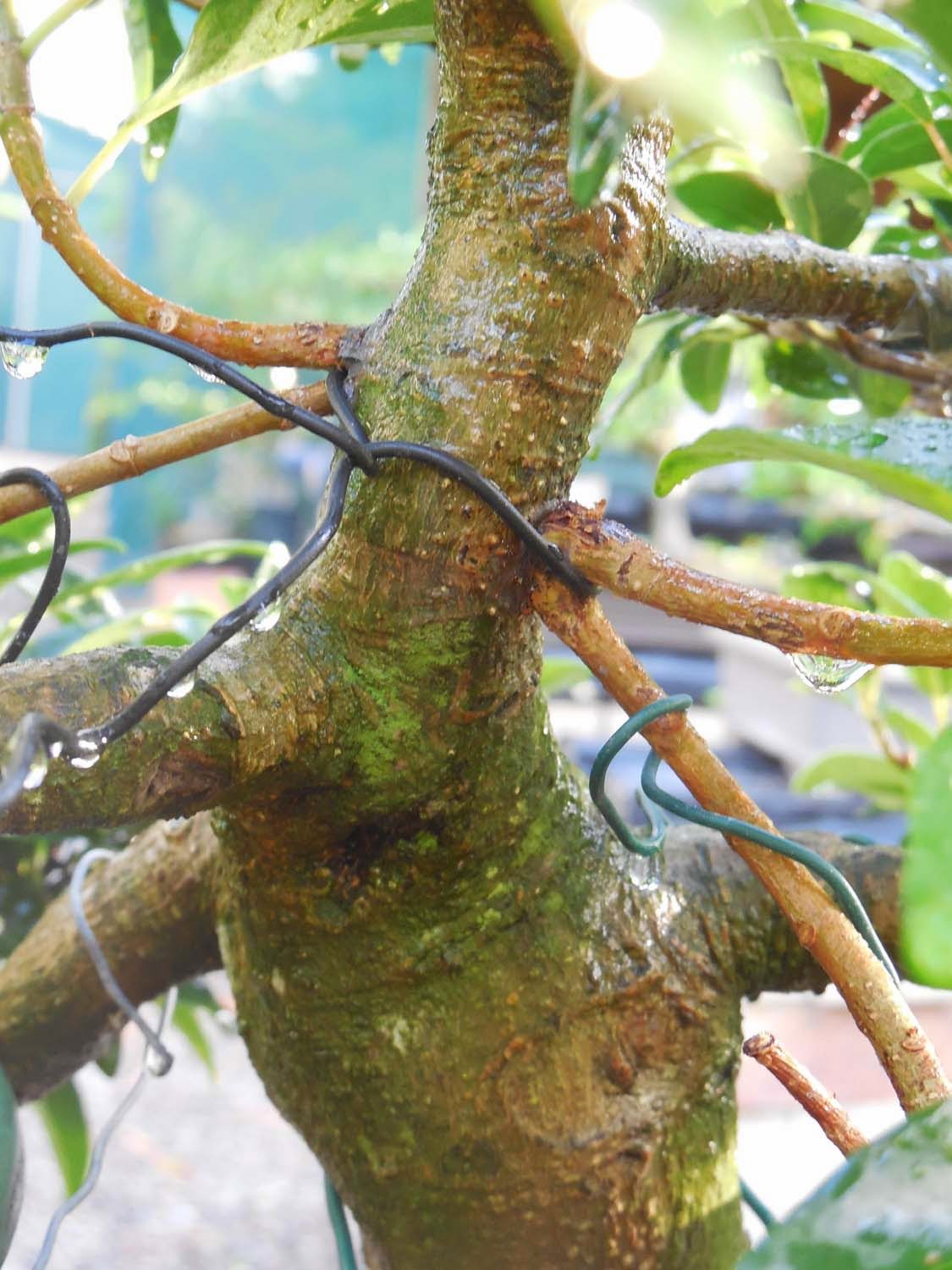 This is a picture from the other side showing the other graft. Same thing with it - looking good.
As to the dilemma of when is a hosted graft ready to separate the answer is clearly when the leaving branch is heavier than the joining branch and the graft is strong. These are close but there is no harm in letting them run a little longer.

With the peak of the summer heat now over we are moving into our autumn growth flush. This little burst of growth is just what is needed to completely secure these grafts before winter.

It's not over yet but at this point I'm very happy with the result. The only improvement I can see now is to take the hairpin much deeper into the trunk. These ones showed a tendency to work their way out of the drilled hole as they gained weight.
I really like the way the grafted branch is in a normal position relative to the trunk, a much better result than possible with an approach graft.

Note from March 2014:
Update posts from this work can be seen at: