In March I posted an update to my Hairpin Insertion graft on the Queensland Small Leafed Fig.
Since that time they've grown on nicely and I have just separated the scion host plant from the second graft. 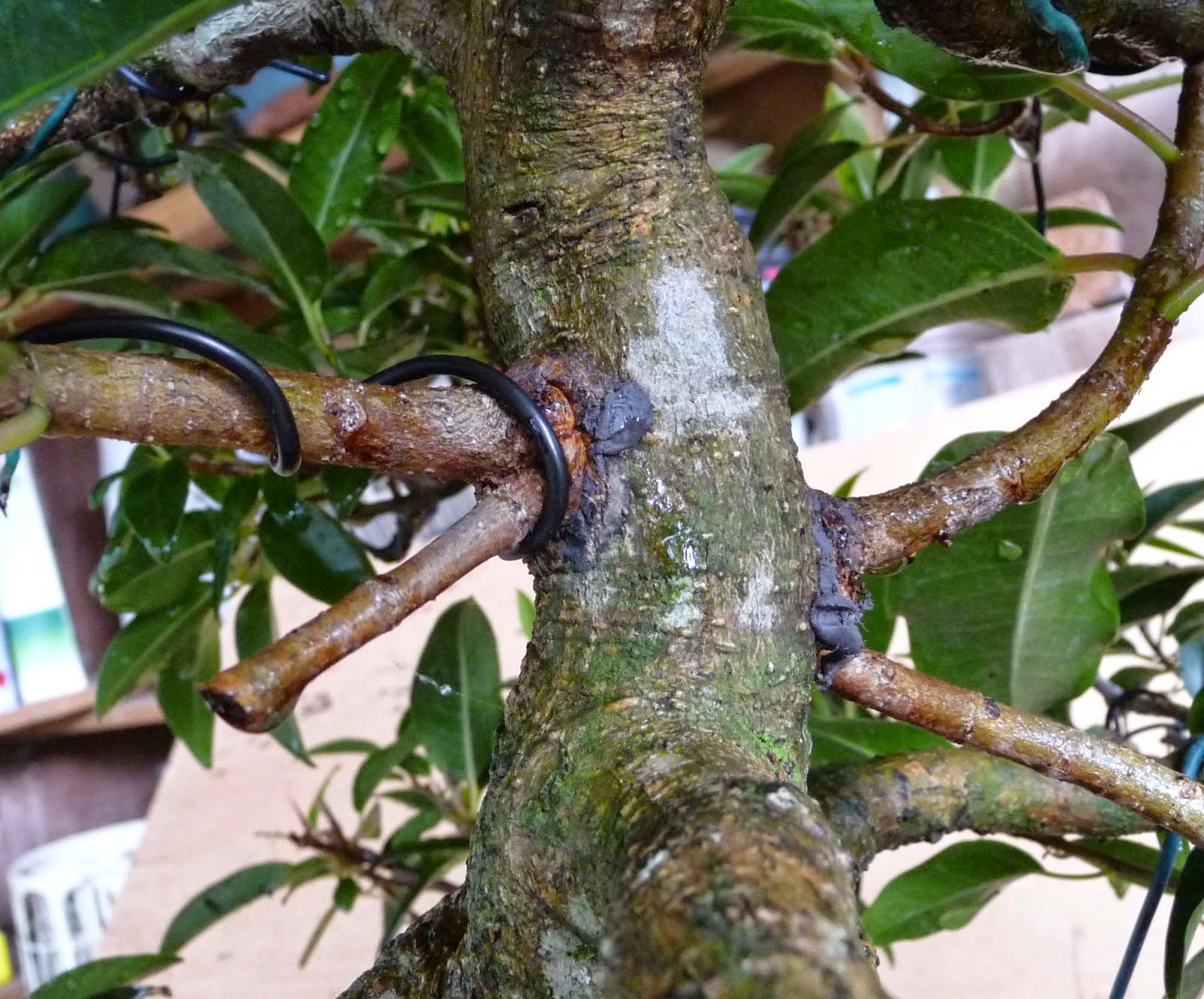 In the above picture you can see both grafted branches. The swelling at the branch/trunk union is typical of any branch and the 'seam' at the join will dissipate over time. The 'inward' stubs have been left in place for the moment. I'm interested to see what happens with them. 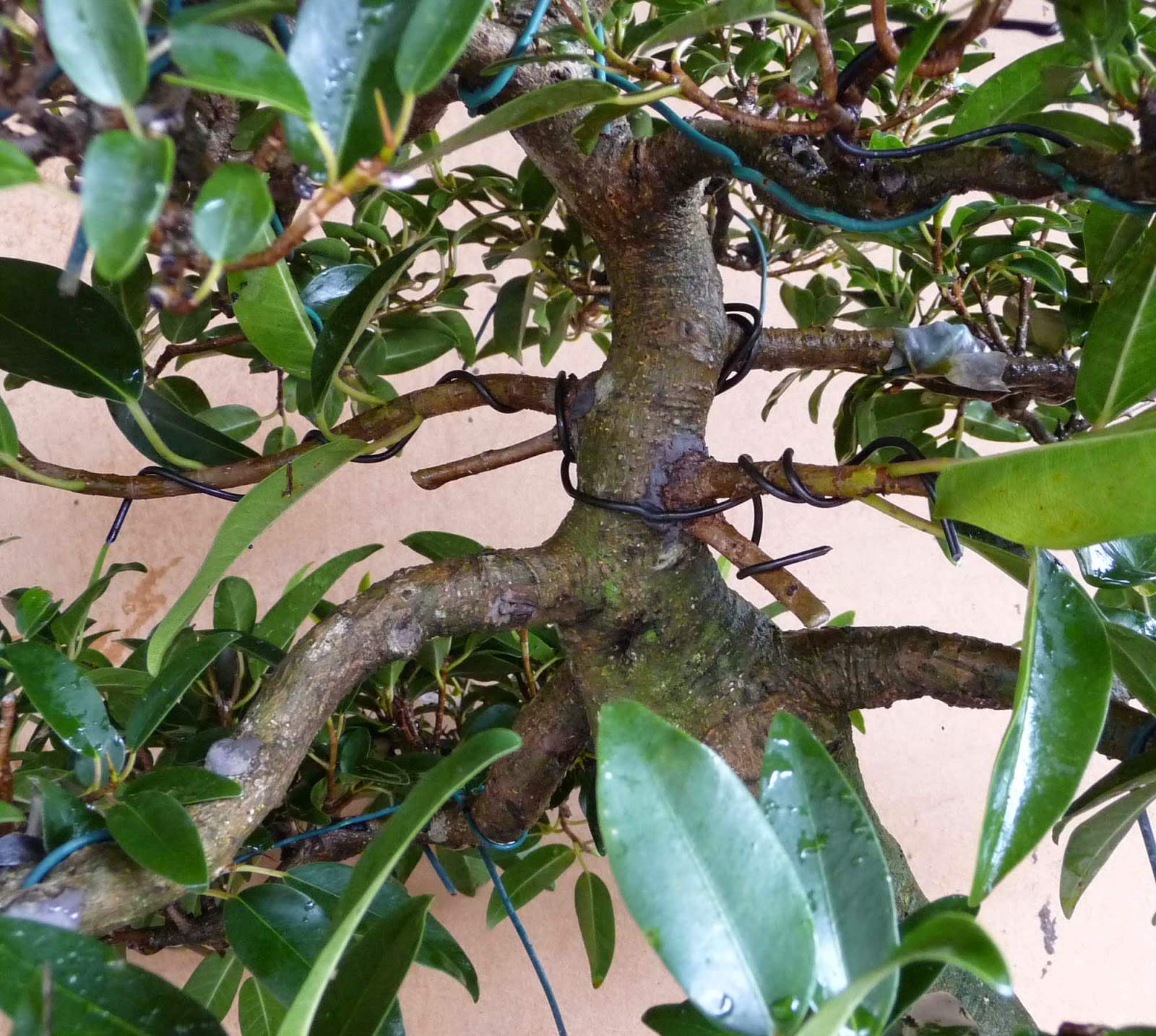 Panning out a little you get a better view of their positioning. 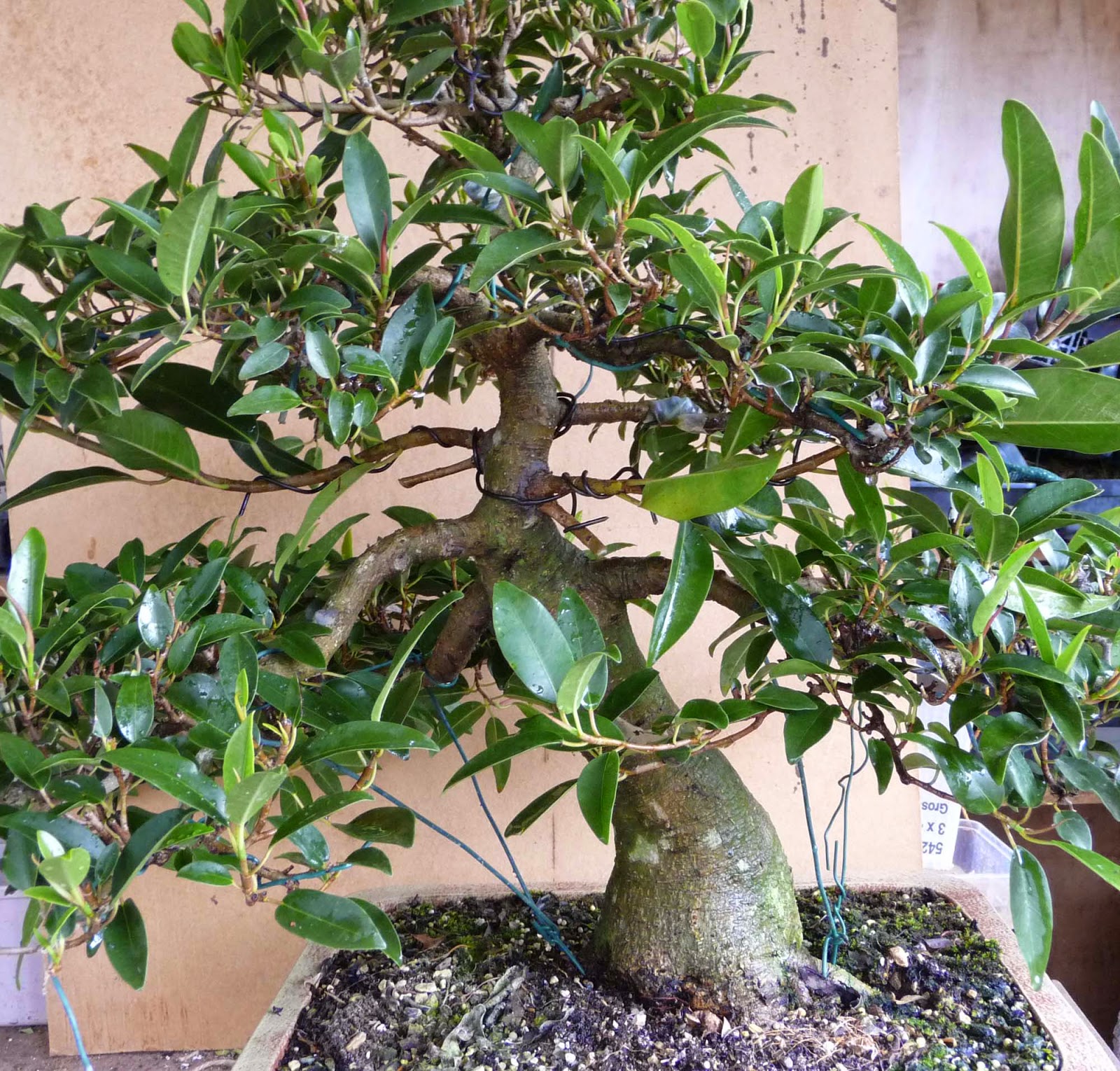 And then at this range you can see the spaces in the tree structure that the branches are designed to fill.

The whole process would have been and could be much shorter if I'd drilled further into the trunk at the start. Around February the hairpins worked their way out as they put on weight so I redrilled deeper, reinserted and used a small 'keeper' in the elbow of the joint to allow the wire to hold it in position. Since that time it has progressed very quickly. The hole depth needs to be 3 or 4 times the width of the hairpin bend. The calus formed by the wound guarantees a good joint.
I'm very happy to see that the new branches are filling out in diameter and it is great to have them in the right conformation on the trunk. The tree is still growing despite our winter conditions. As the weather warms I'll prune the new branches to promote branching and then select a secondry on each to extend and fill out the girth again.

This graft technique was inspired out of dis-satisfaction with thread grafting and approach grafting for branch development. It has proven to be a simple, effective and quite foolproof process delivering a great result; a branch that looks like its always been there.