A couple of posts ago I showed a sample of my "hairpin insertion" grafting technique on a swamp cypress.
I've got another one today on a Queensland small leaf fig; Ficus obliqua.

To start here's the tree. Obviously structurally flawed with three close branches, then a gap and another three close branches. I really don't want to cut them off- isn't it always the way so the only answer is to close up the gap and get a little branch cover over the problem areas! 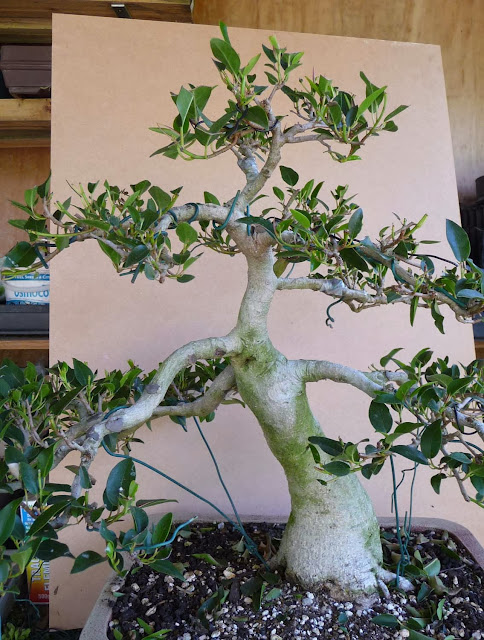 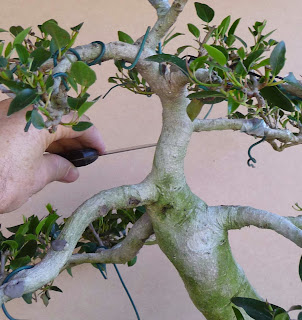 The start of the process as with the swampy is the preparation of the hairpin scion. This time I've used a separate young plant for the scion, as you can see prepared the scion with the 180 degree hairpin bend, bound up with string. 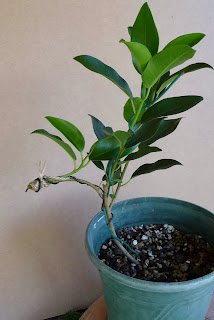 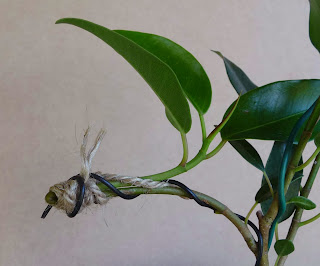 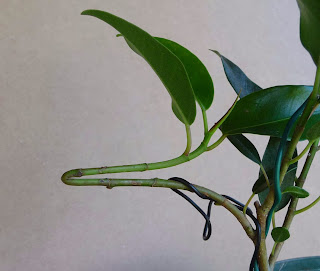 Here it is alive and well and unwrapped and ready for insertion. 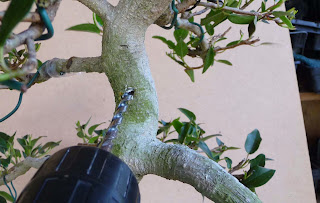 Next step is to drill the hole where I want it and about 5 to 7mm deep. This is good working from this direction because you can get the orientation just right and having the scion inserted into a neat hole means it is well supported in the early part of its time after separation. 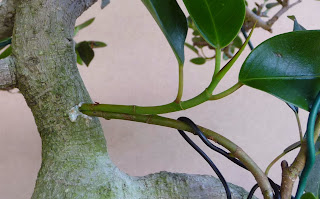 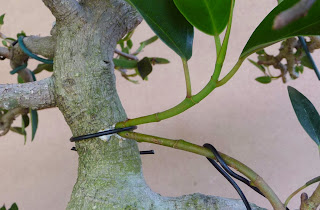 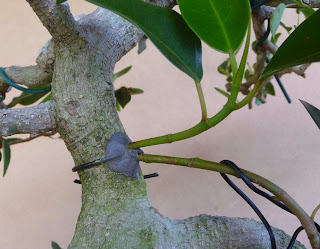 Then it's just a matter of insertion, wiring and sealing. With a young shoot like this there is no need to scrape the surface to promote bonding. I expect to get a good result within a month to 6 weeks. If I was doing this with a thread graft it would take that long just to get the shoot re-foliated.
Now have I just stumbled onto a new process or was it inspired by something I saw somewhere searching the net? Has anyone ever seen this process done before?