I glazed Pot 105 back in February using a glaze which was less than successful. It was one of those things that looked interesting on the test tile but didn't live up to the promise on a pot.

As glazed in February

This is what it looked like at the time. That got me looking into reglazing. I've seen discussion and tips about how to do this from time to time but never had to confront the challenges.
A bisqued pot is entirely a different proposition to glaze compared to a glaze fired and vitrified one. The beauty of the bisque is its porosity and capacity to suck the water out of the glaze mix as it is applied, leaving the paste to quickly dry to powder which adheres to the surface.

A glaze fired pot has no absorbancy at all and so applying the glaze slurry is an entirely different proposition. Various surface treatments are sometimes mentioned to provide a way for the glaze to attach to the surface. Abrading the surface sounded like far too much work and the alternative of hair spray or the like was not the next best option for me.
The idea that sounded workable was to preheat the pot; the suggested mechanism being that the heat would evaporate the water in the glaze mix to simulate the absorbancy of the bisque.

After reglazing with a red/brown glaze, two coats. 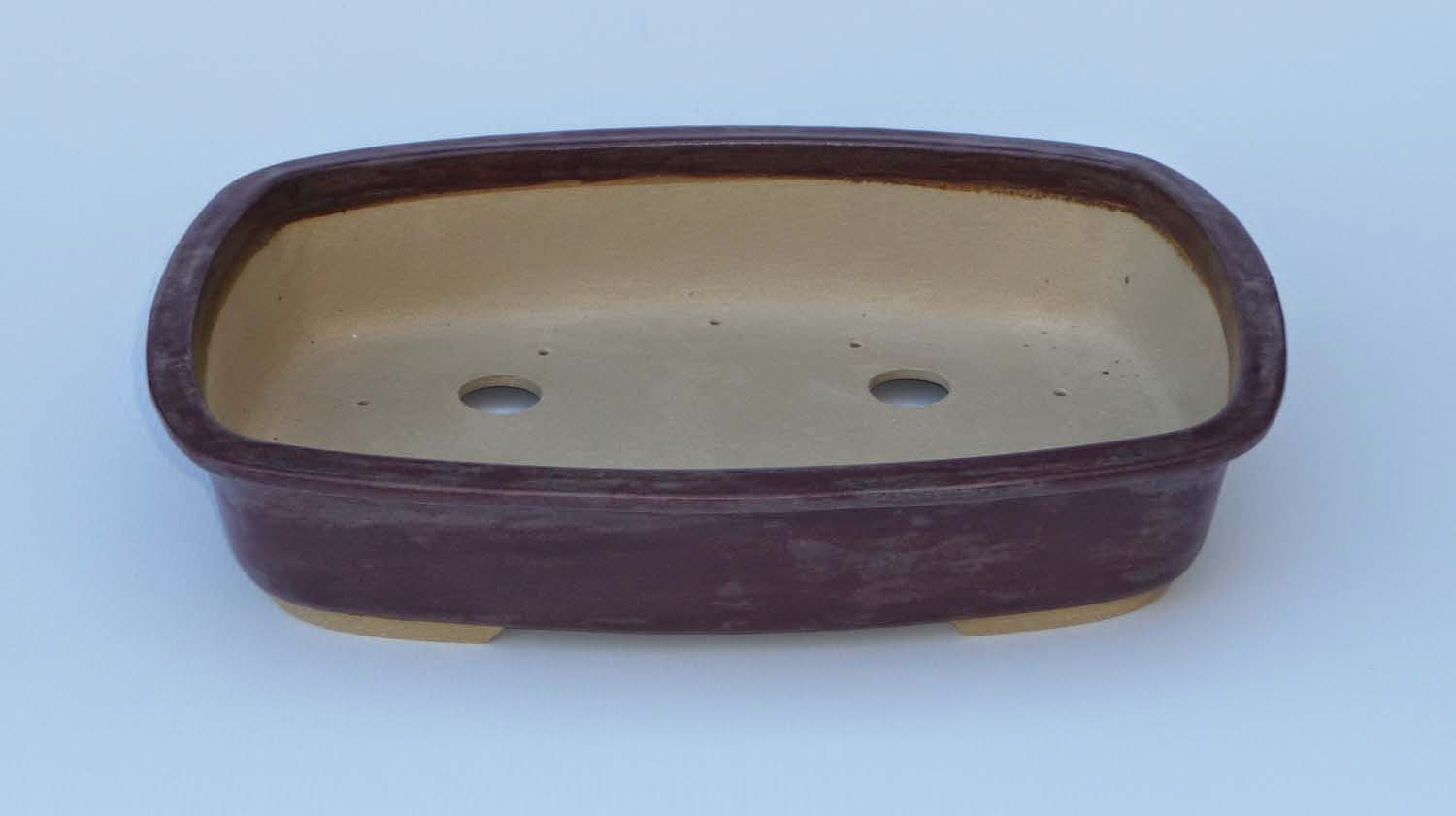 The pot is a bowed wall rectangular pot. This shape is far more reliable in firing than a straight walled rectangular pot, coping better with the movement during vitrification, with less evident distortion. In use it is a very attractive shape too, not as soft as the oval and not as rigid as the rectangular, a useful middle ground.


So that's what I did; heated the pot in the kitchen oven to about 70c to 80c and then painted on the glaze. I went over the pot with two coats of a red brown glaze and reheated again before the second coat. Once done the glaze did not look at all fragile on the surface and none of it dislodged with movement, which I was concerned it might.
I'm much happier with the result this time around and now have a technique in my toolbox to use for the next glaze departure from plan.
Posted by Stephen Cullum at 13:42